New York rapper Azealia Banks has announced her departure from social media despite building a reputation for engaging in e-beefs over the past few years.

Banks went to Facebook Monday (August 1) and broke the news. 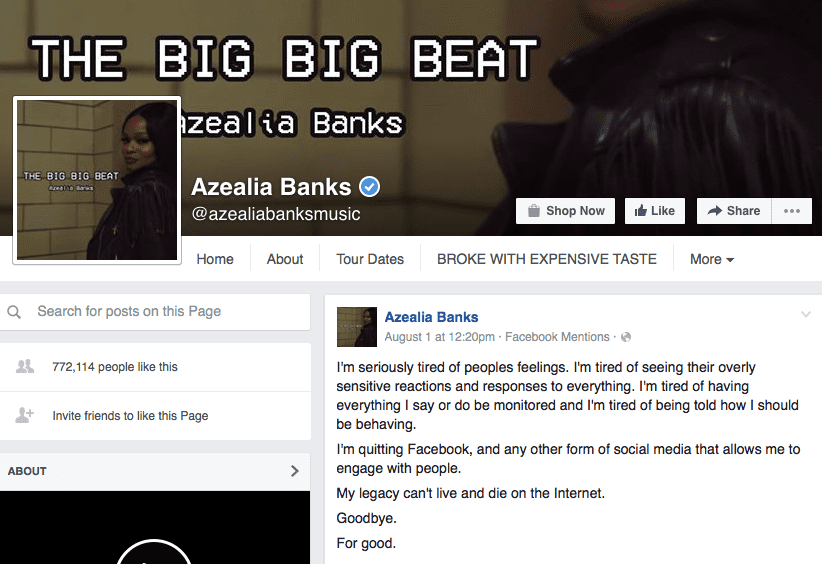 Last month, Banks came forward to speak out on lightening her skin. 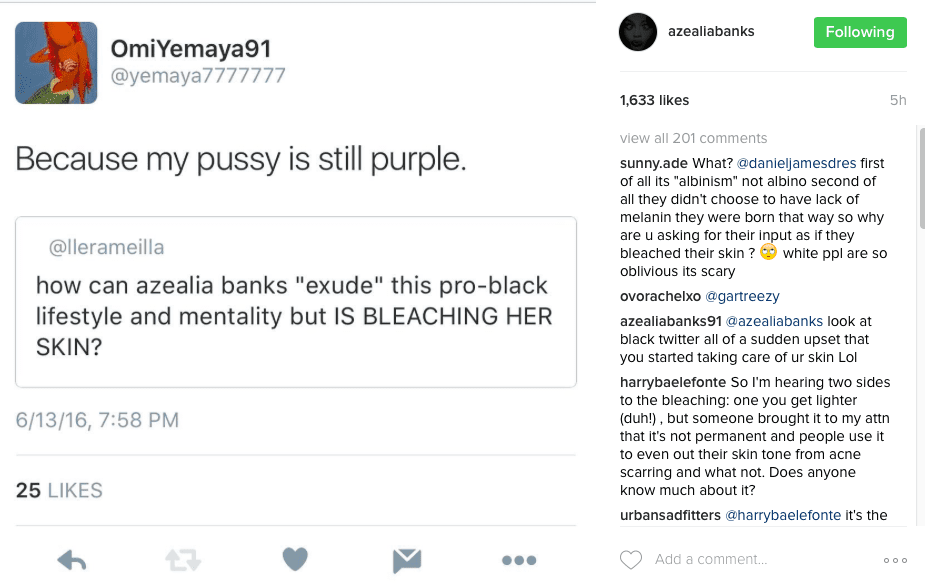