New York rapper Azealia Banks has no interest in falling back on her feud with Disney actress Skai Jackson this month.

A screenshot of Banks blasting Jackson in a picture of herself alongside celebrity Kylie Jenner has surfaced online.

Looks like #AzealiaBanks wants round 2 😩 But didn't she just apologize….

Jackson recently lashed out at Banks on social media. 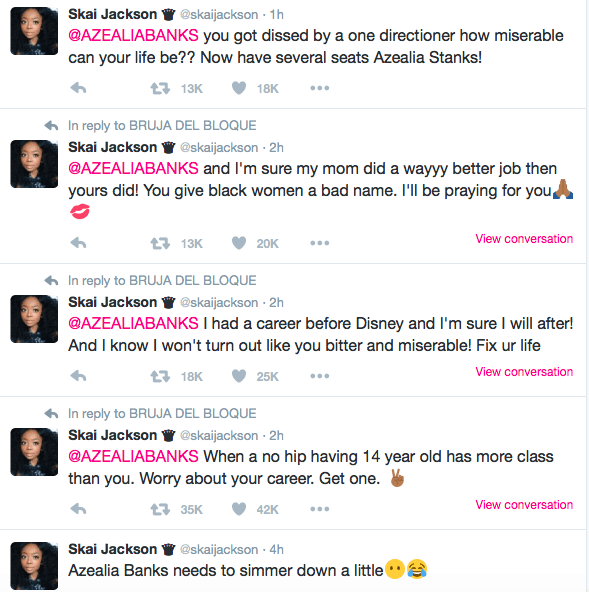 Last week, Banks directly went at Twitter CEO and co-founder Jack Dorsey after getting her account shut down. 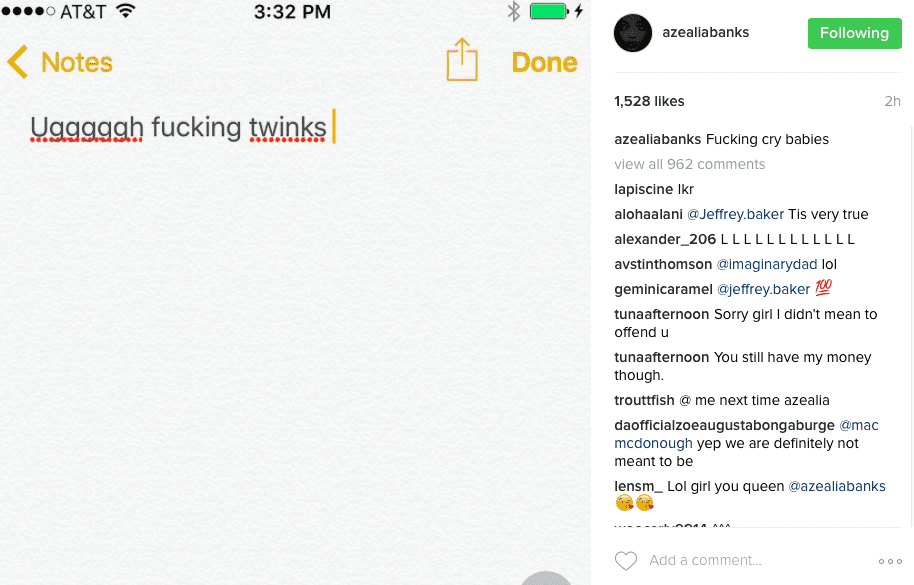 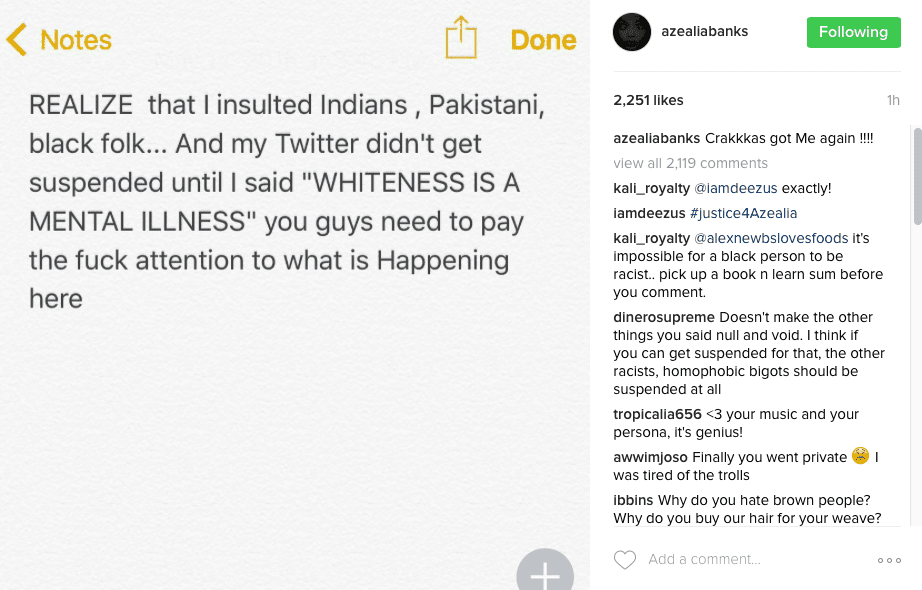