Azealia Banks Says You Dissing Her Is A Win-Win: “Thanks For All The New Meta-Data Barbs!”

New York rapper Azealia Banks has no problem with you ranting against her. In actuality, she actually thrives every time you mention her in search engines.

Banks has penned some lengthy Facebook posts this week about haters keeping her Search engine optimization (SEO) high across the Internet. 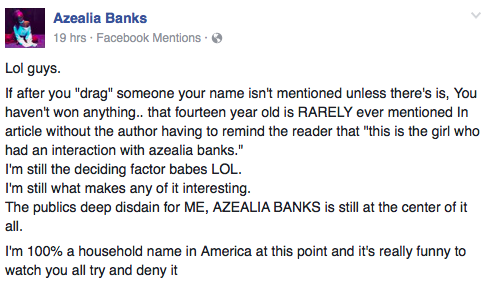 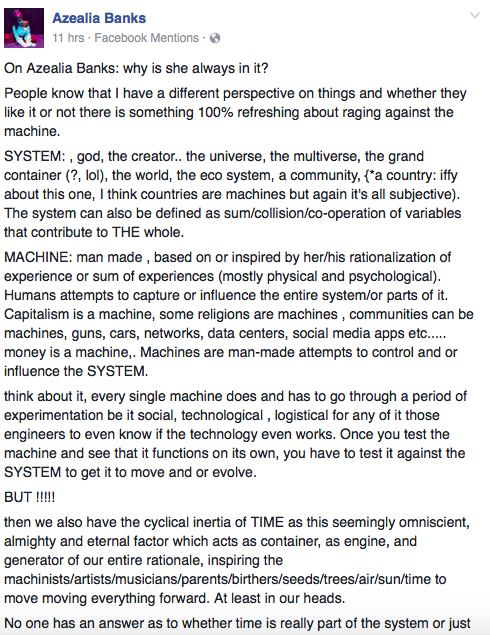 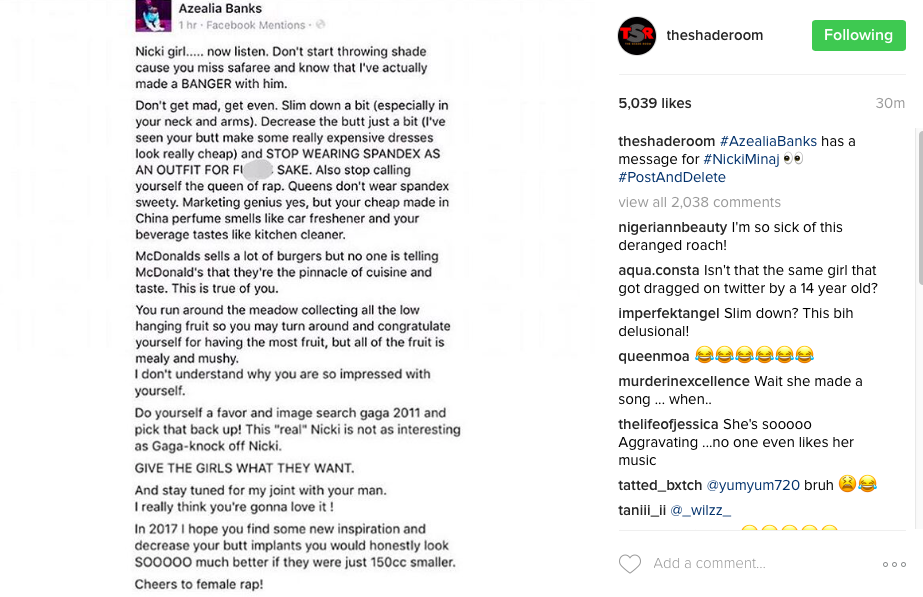