New York rapper Azealia Banks and Jess Hilarious have social media’s full attention. The duo have sparked a completely unexpected war of words against each other.

Banks appeared to strike first by clowning one of Hilarious’ social media posts.

In late September, Banks shared a private conversation between herself and one-time rap rival Nicki Minaj. 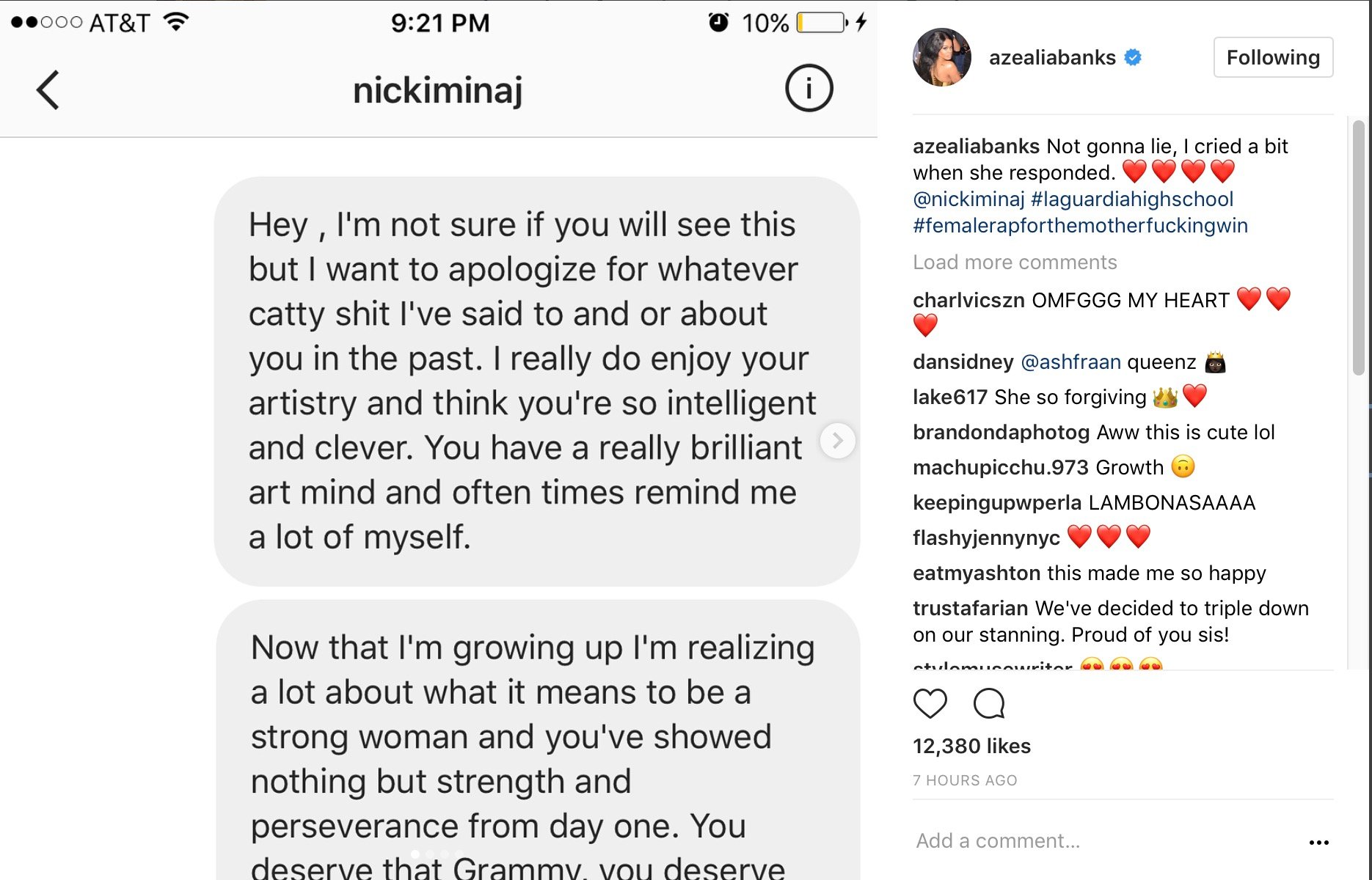 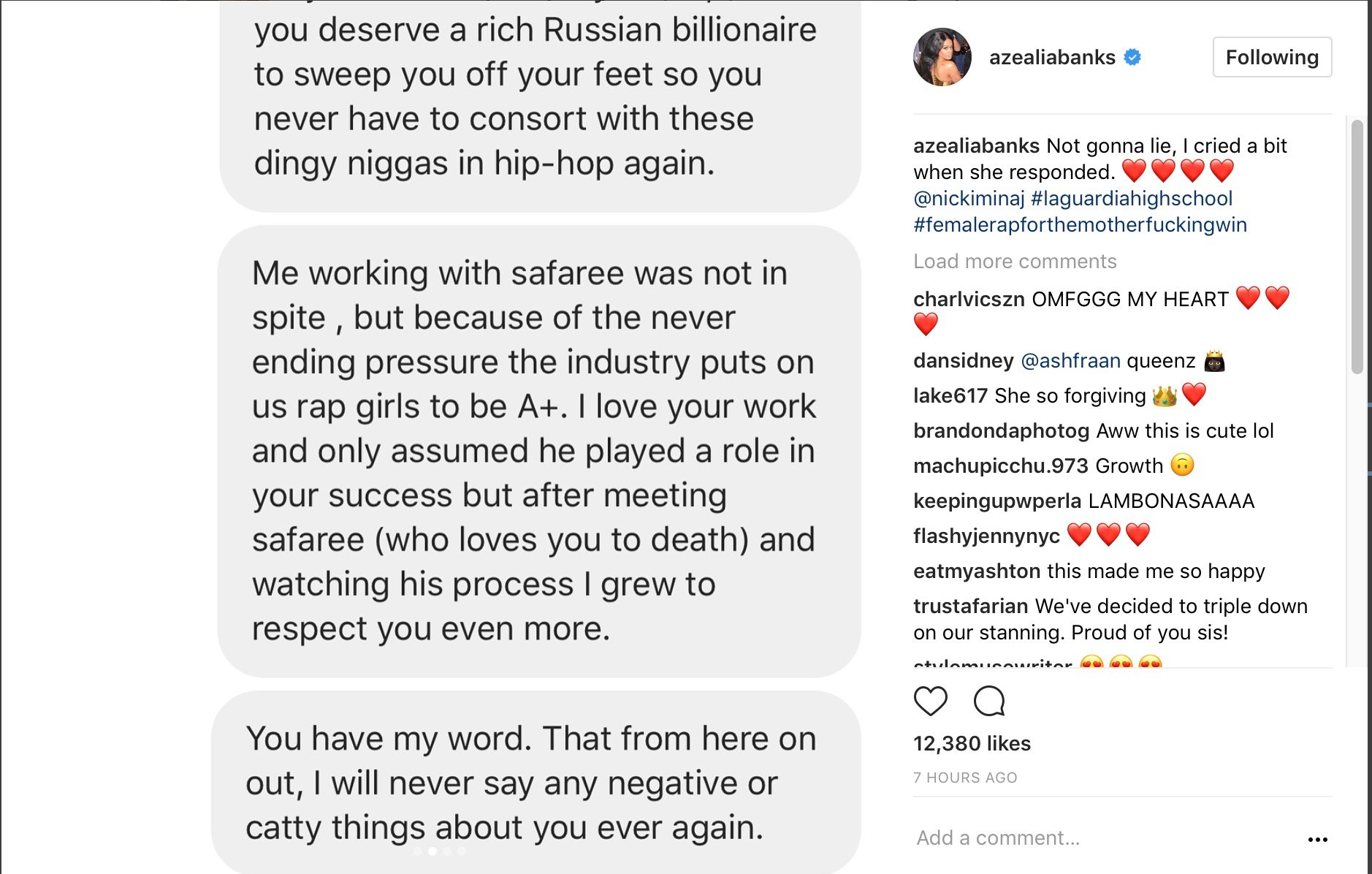 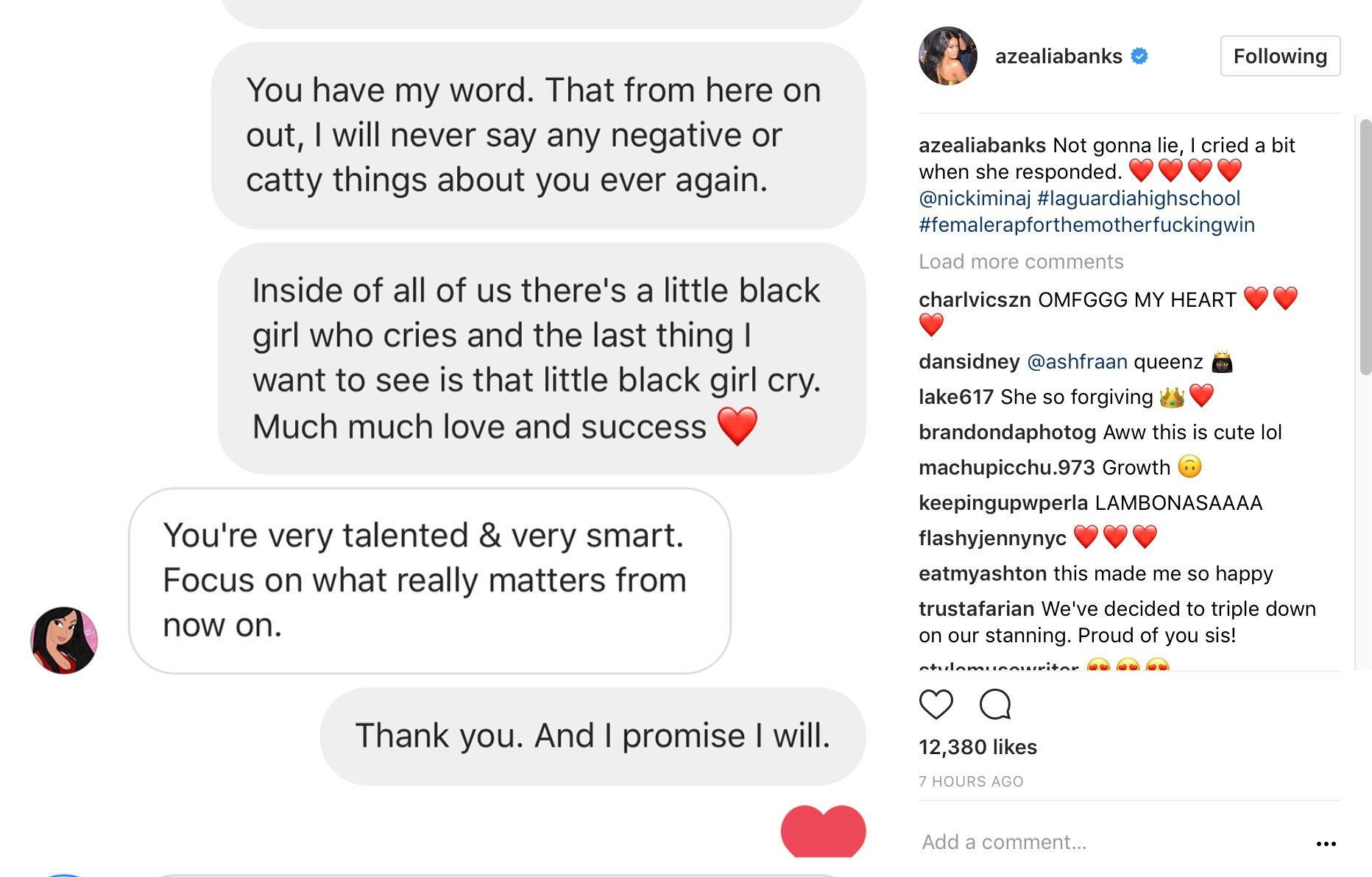 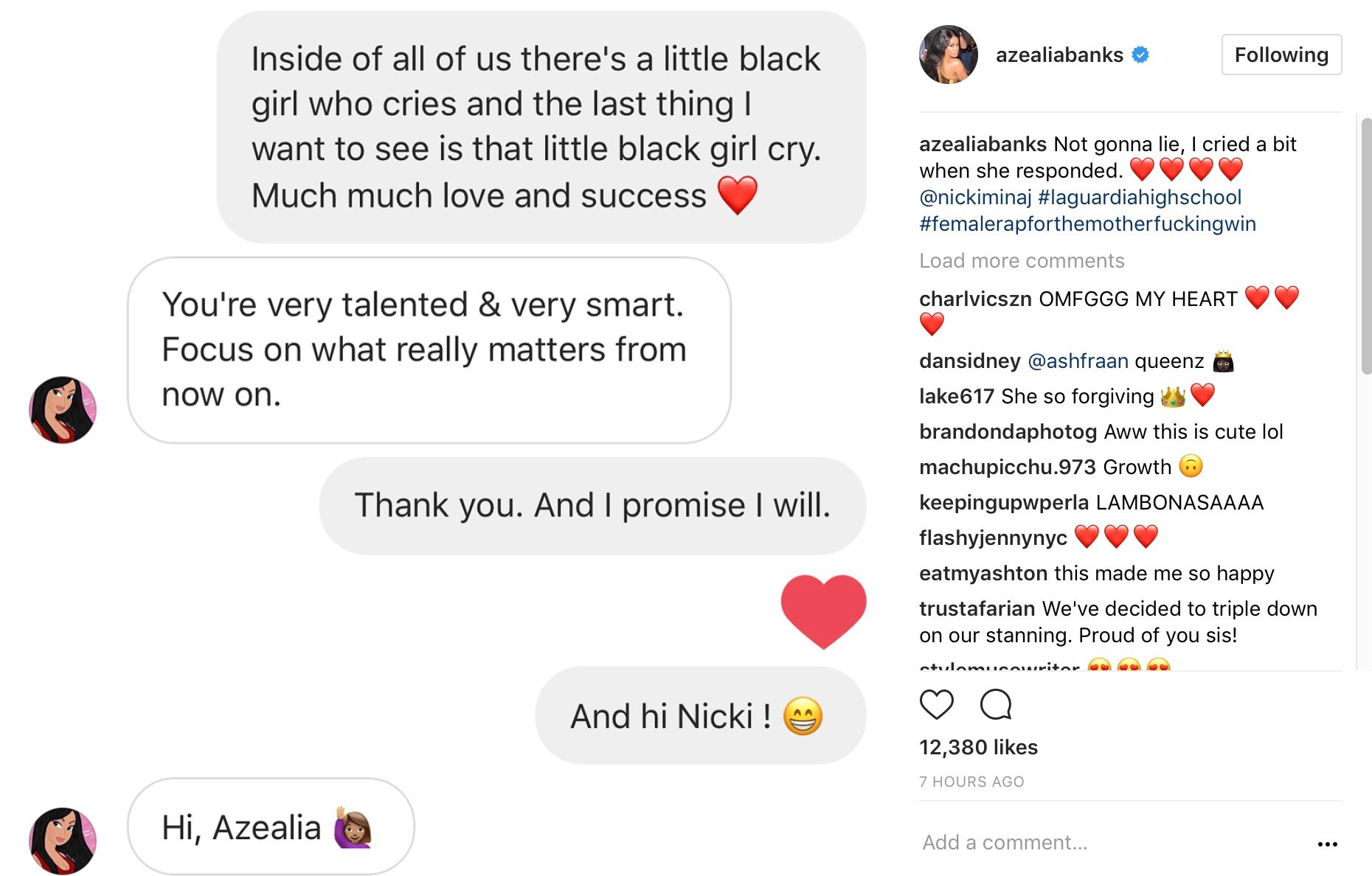 A day prior, Azealia reacted to Nicki liking a pro-Banks social media post. 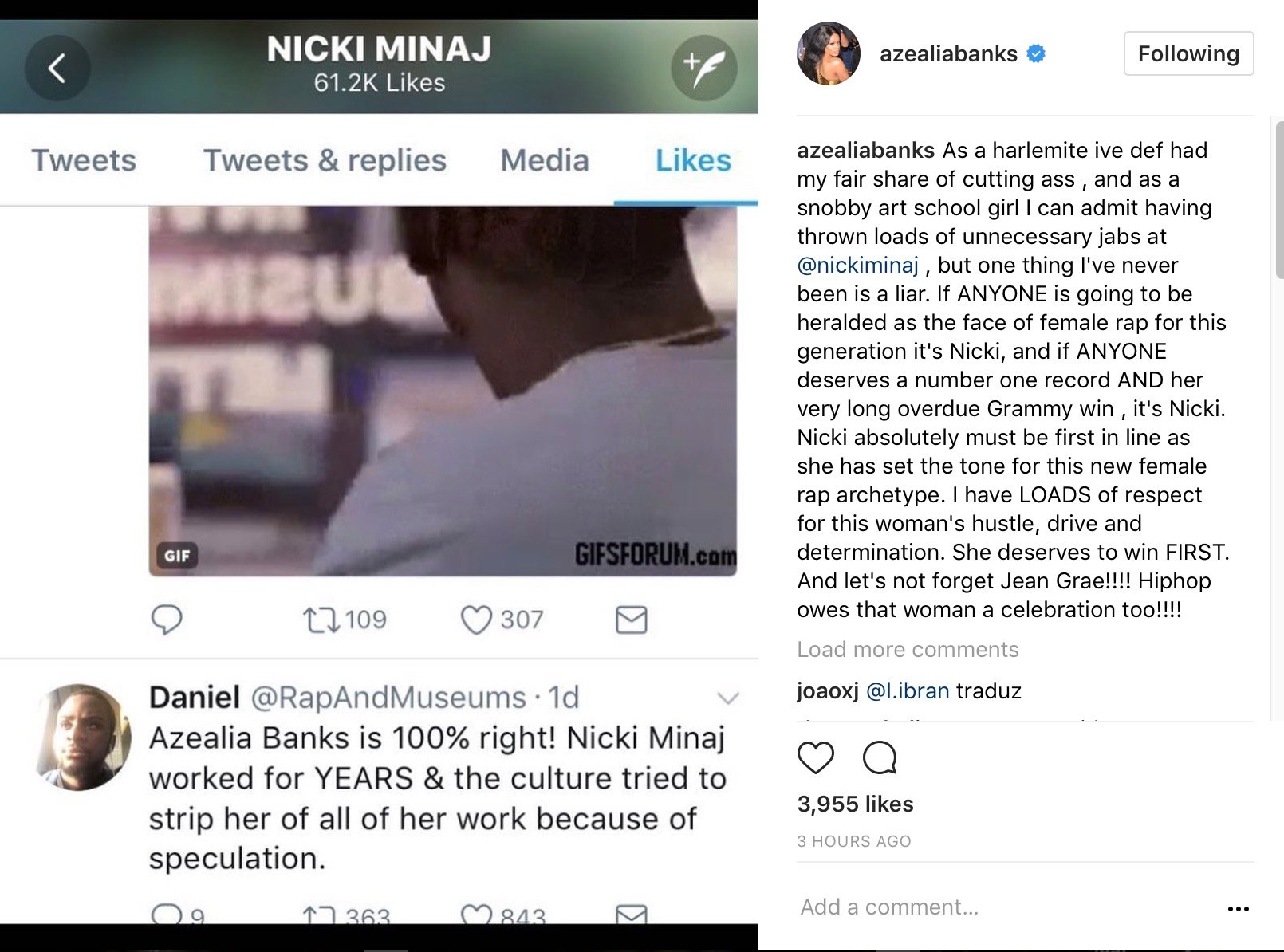 Recently, Banks stepped up to discuss her real issues with rap rival Cardi B.

#PressPlay: Since we're talking about bars what do y'all think about #AzealiaBanks song "Chi-Chi"?! #SWIPE because she also had to finish clarifying some things with #HennessyCarolina 👀 (View earlier posts)