New York rapper Azealia Banks took her talent to a Manhattan courtroom this week to address a boob-biting sexual assault case. The rapper’s hearing stemming from a headline-generating 2015 nightclub attack.

Banks was supposed to appear in court back in September, but she did not show up for the appearance, as her lawyer, Stacey Richman, told a judge her client had missed her flight from Los Angeles. A judge had warned then if she didn’t appear at the next one that she would end up behind bars. The rapper has missed previous court appearances due to health reasons so the judge made it clear this would not be happening again. (Daily Mail UK) 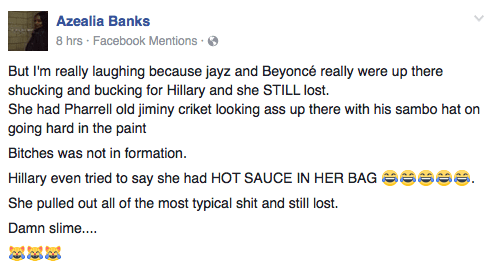 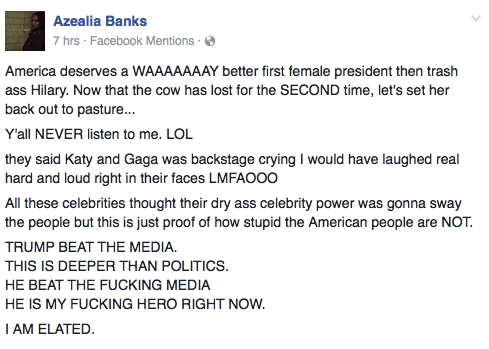 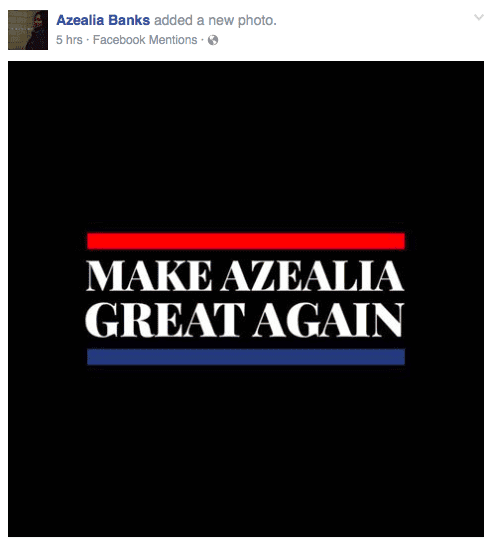