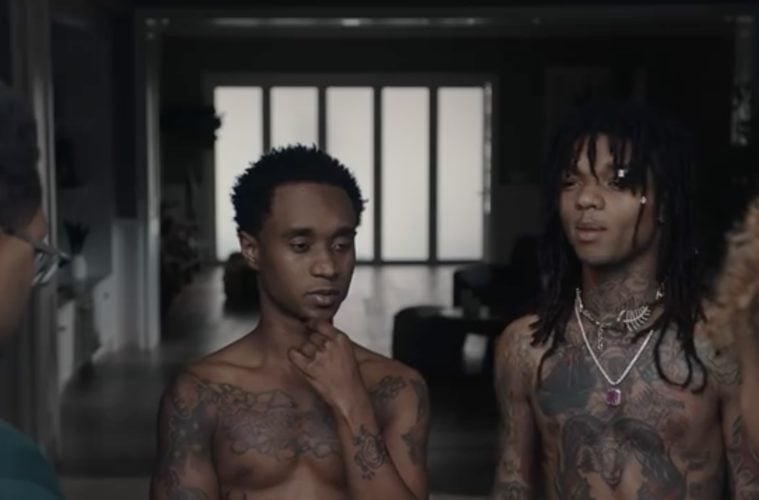 Avengers Friday. It’s all about the Avengers: Infinity War SOHH why not start things off with the insane amount of box office sales it’s already enjoyed? Speaking of big numbers, did Kanye West really lose millions of Twitter followers over his publicized tweets? With hip-hop on your mind, are you here for Rae Sremmurd‘s SR3MM: Chapter One? All this coming up in SOHH Whatcha Think.

Is Marvel Studios the best superhero studio – ever? It looks like there’s nothing even remotely close to beating the numbers it puts up and simply said, its only competition is its own releases. Needless to say, making almost $100 million off Thursday night box office sales is just unheard of. Variety has the info:

Disney-Marvel’s “Avengers: Infinity War” has racked up a heroic $95 million in its first two days in 43 international markets. “Infinity War” opened in 21 markets Wednesday, followed by an additional 22 on Thursday. The film has registered the highest opening day in industry history in Korea, Brazil, Philippines, Thailand, Indonesia, Malaysia, Hong Kong, Vietnam, Central America, Chile, Peru, Bolivia, and UAE. South Korea has generated the top figure with $11.4 million, followed by Australia with $10 million, the U.K. with $8.9 million, and France with $6.5 million. (Variety)

Should other studios be shook? Is this the best superhero movie ever? Is there really any competition? #SOHHWhatchaThink?

Is Kanye West putting his social media status on the line? Turns out there’s a big rumor about Yeezy losing millions of followers over his pro-Donald Trump stance. Could this really doom his stats? The Verge is on it:

I haven't done enough research on conservatives to call myself or be called one. I'm just refusing to be enslaved by monolithic thought.

That rumor is false. A Twitter spokesperson confirmed to The Verge that Kanye remains at around 27 million Twitter followers, roughly the same amount he had before he began tweeting things like, “We are both dragon energy,” and, “He is my brother,” referring to the 71-year-old Republican president of the United States. “We can confirm that Kanye’s follower count is currently at approximately 27M followers. Any fluctuation that people might be seeing is an inconsistency and should be resolved soon,” the statement reads. (The Verge)

Should Kanye keep it going? Are we tired of what Kanye’s preaching? Are you low-key or high-key following Ye? #SOHHWhatchaThink?

Rae Sremmurd are out here showing they’re much more than dope musicians. The duo are showing off their acting chops with a newly released SR3MM: Chapter One clip. Their YouTube page has the video:

How many chapters are you expecting? Will this be an entire series? Did Mike Epps slay his appearance? #SOHHWhatchaThink?