R&B singer August Alsina is getting ready to hit the road with some help from “Power” stud Rotimi and crooner Tone Stith. The trio are set to launch the Don’t Matter tour next month. 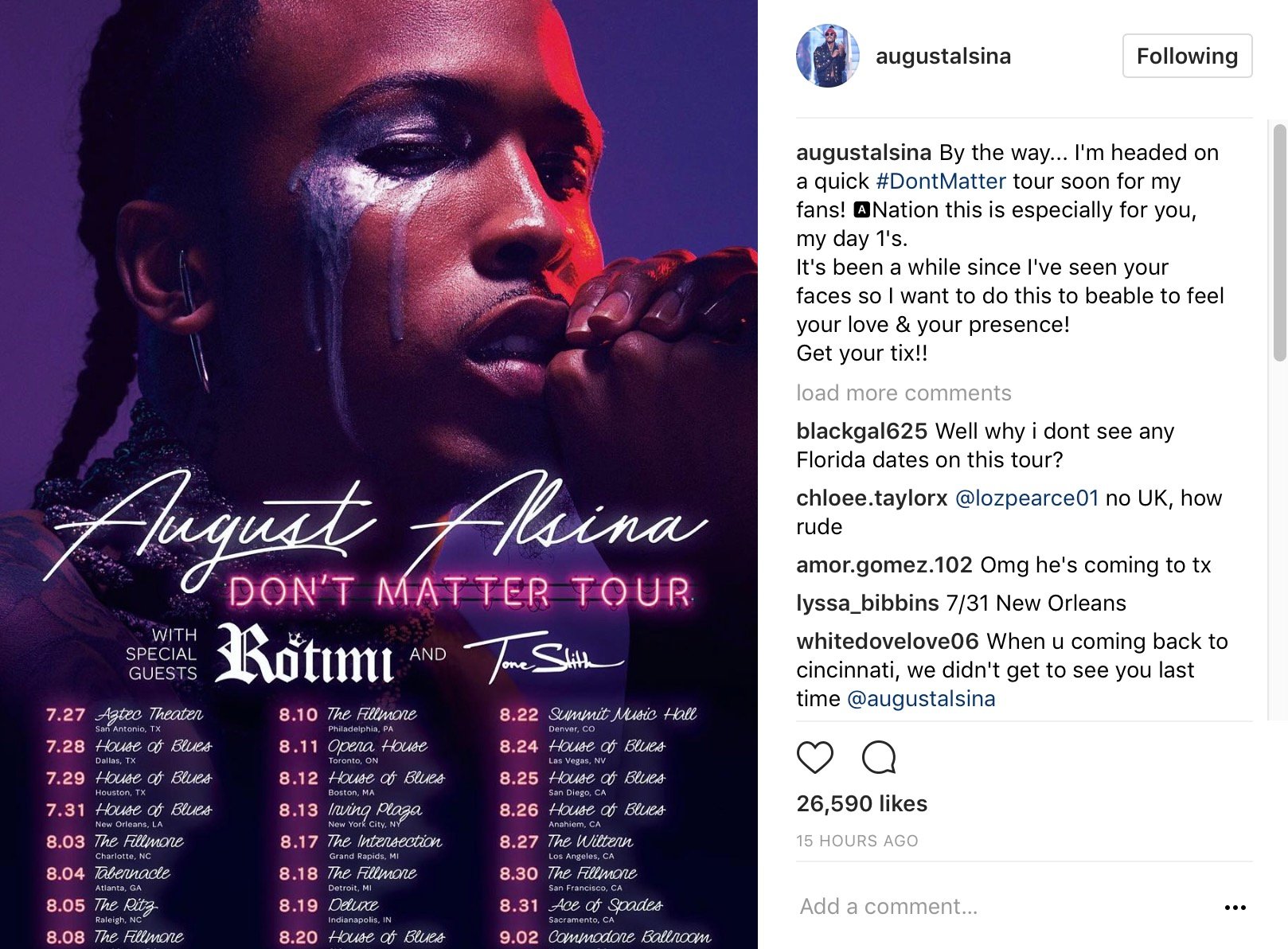 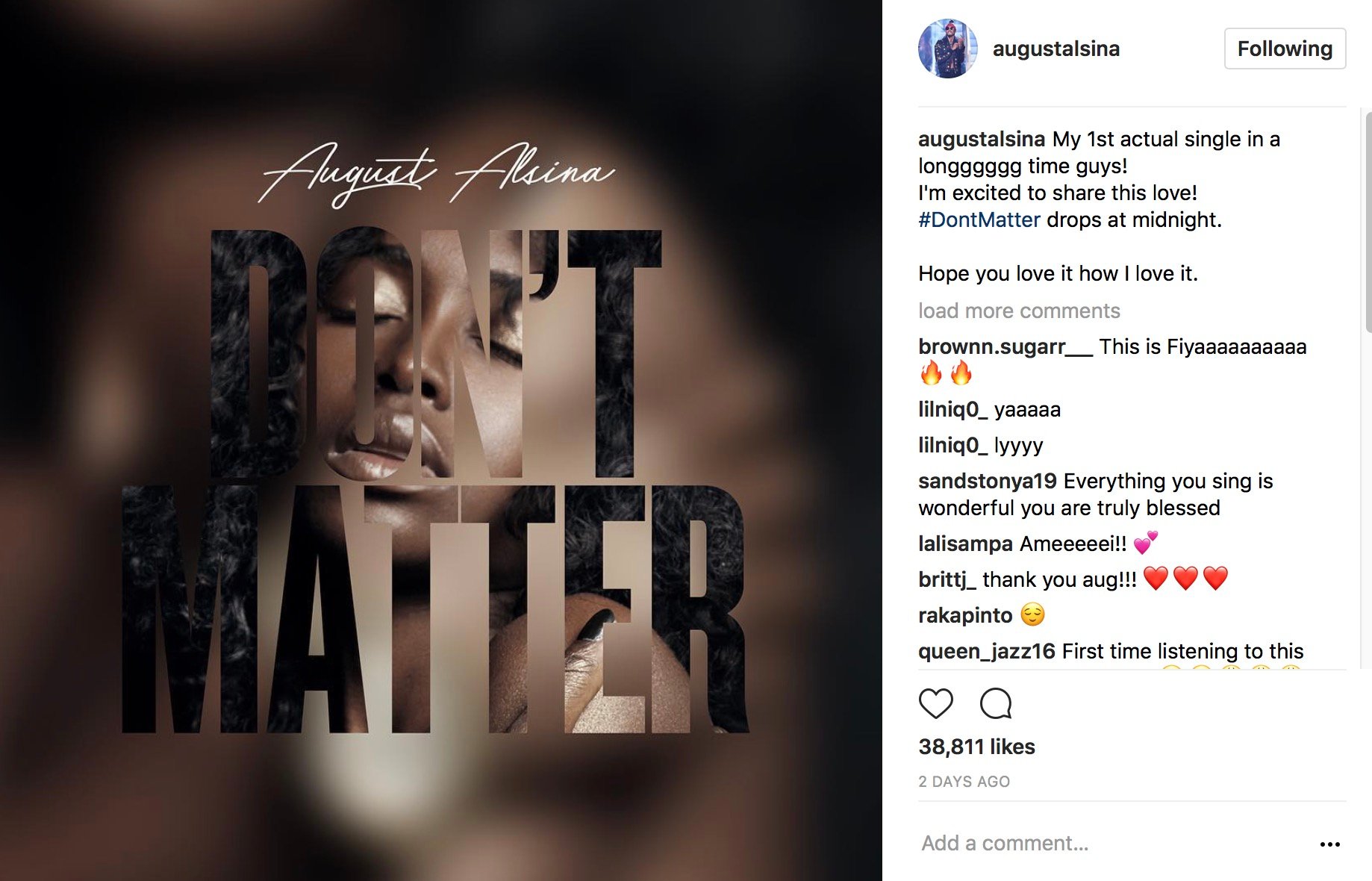 Hip hop star August Alsina has revealed he is struggling with liver disease and is ‘sicker than ever’. The 24-year-old singer admitted he has an autoimmune disorder that affects his liver, in an emotional interview with his close friend Jade Pinkett Smith. The New Orleans native, who spent three days in a coma after collapsing onstage in 2014, said he was having a ‘hard time’ accepting what doctors are telling him.