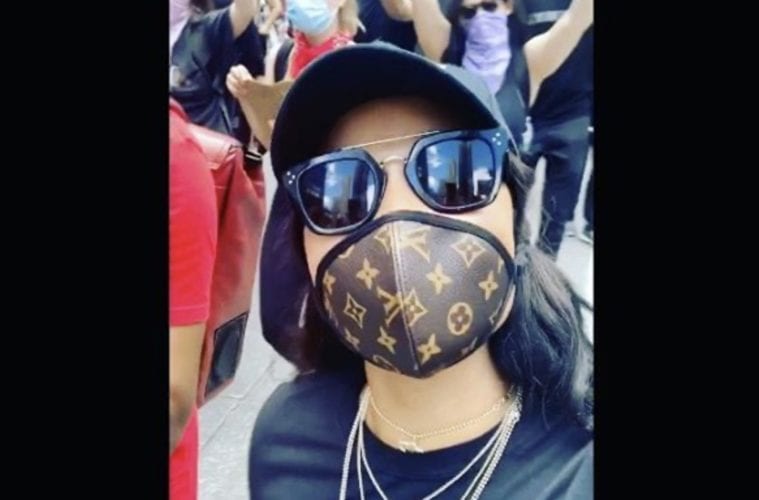 Ashanti Pens Powerful Message About Joining Protests: “This Is Why I Got My Black A** Out There To March + Demand The Change”

R&B singer Ashanti is keeping her family’s legacy alive. The popular crooner has come forward to speak on the power she feels after joining fellow people protesting and fighting to end inequality once and for all.

On Monday, Ashanti went to Instagram to share a must-read open message. She compared her involvement in the protests to what her family fought for in the 1960’s during the Civil Rights movement.

“Truly an incredible feeling… bitter sweet… I cannot believe in 2020 that I am fighting the same fight my parents fought my grandparents fought my great great grandparents fought and so on… something in my spirit just didn’t feel right not going out there with the people..as I’ve mentioned before my grandfather James David protested alongside Dr. Martin Luther King Jr. in Montgomery Alabama in 1965… I remember him telling my cousins and I some of the stories, some of the pain, and some of the victory. As an adult today to comprehend the effort and fight in his heart that he, and so many other black people possessed is beyond admirable…beyond honorable. My grandfather slept on the ground in a sleeping bag in the pouring rain at a civil rights camp before his journey. From being beaten, spat on, hosed, lynched, burned, raped and murdered, our people continued to fight and although it has gotten better there is an extremely long way to go. The system must change. That is why I got my black ass out there to march and demand the change that we not only deserve but that we will get. Enough is Enough. RIP Grampa I miss you everyday❤️” -Ashanti’s Instagram

Over the past few hours, Ashanti has kept fans updated on involvement in the protests.

“The energy is just different. I’ve never protested before nor did I think I would ever have to…. we’ve seen the movies we’ve read the books. I come from a family devoted to making change. My grandfather James Davis walked alongside Dr. Martin Luther King Jr in Montgomery Alabama in 1965, and here we are in 2020 fighting the same fight all over the world. The energy is shifting tho. It feels different this time. Enough is Enough. ✊🏽✊🏽✊🏽” -Ashanti’s Instagram

In late May, the popular crooner remembered the life of slain black man George Floyd. She also took a public stance against police brutality and racism.