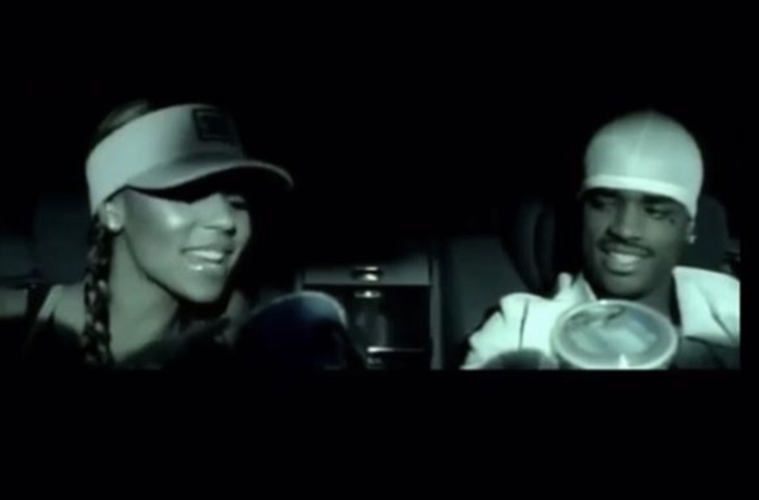 R&B singer Ashanti is really going back in time for Throwback Thursday. The popular crooner went online this week to share a flashback look at her sophomore album Chapter II on its anniversary.

On Thursday, the New York musician jumped on Instagram with a heartfelt refection. She remembered how much pressure she had on putting out a quality follow-up to her self-titled Murder Inc. debut album.

“Chapter II. 17 years later. Thank you guys so much for all of the love and continued support. This was a scary yet fun time for me. I was still considered a new artist and had to live up to the success of my debut album “Ashanti”. So humbled to have my 2nd album go #1 as a new artist. Thank you to Murder Inc, all the amazing producers, Team Ashanti, late nights in the studio in Miami, and my horrible hand writing that only I can understand 😩🤣. S/o to @lorenridinger , JR & Amber bean lol we practically lived with you guys in Miami making this album 😂❤️ Hit the Swipe ➡️ Summer Vibes 🌞🌴” -Ashanti’s Instagram

Over the past 24 hours, Ashanti has dug deep into her memory bank to reflect on the project.

Last night, Ashanti poured her heart into dishing on her “Rain on Me” music video. She talked about its emphasis on addressing domestic abuse and violence against women.

“Wow. This Is the 11min mini movie for “Rain on me”. It was so deep and so special. As a young black female, at one of the highest points of my career it was so important to get this message out. I will never forget the many fan letters I received from women telling me how this song gave them the courage to leave toxic violent, abusive relationships. I literally had women pouring their hearts out telling me how they were so scared and they felt like this song gave them the courage to leave. Those letters mean more to me than any award I’ve ever received. I wrote “Rain on me” in the back of a limo on the way to my book signing in Jersey in late 02’. Thank you and much luv to my bro @larenztate for killing this role and helping me create this incredible moment.” -Ashanti’s Instagram

The popular crooner also credited Hype Williams for piecing together a must-watch visual. She also addressed her sister’s own experience with domestic violence.

“Much luv to Willie boe boe aka @hypewilliams for shooting this timeless classic. There are actually three versions the performance version, The story version, and The mini movie. We shot for seven days in Canada a few days in LA. 17 years later this song and video hit my heart completely different. Seeing my sister in such a toxic abusive relationship has been one of the worst experiences of my life. But seeing her find her strength to overcome her pain and use it to find her purpose in healing…then watch her continuously create and flourish has been one of the happiest. I’m praying for every and any woman going through any kind of abuse. I’m praying for the families that may have lost loved ones to abuse. I did an event with @halleberry years ago to spread the awareness of how dangerous domestic violence is. I had no idea how many women were suffering. Domestic violence is not a game. I will always use my platform to encourage strength and love. I love you more than anything @liltuneshi The strongest woman I know.” -Ashanti’s Instagram