R&B singer Ashanti has come forward to clear the air and address her recent money-throwing concert incident. The popular crooner appeared on Internet show “Everyday Struggle” to explain why she shouldn’t be treated like a stripper during her performances.

In a heated debate with co-host Joe Budden, Ashanti unleashed some emotions on what went down at her recent show.

“I had on a bodysuit with boots which 90 percent of my peers wear which we perform in. We’re there to do a show. So that’s what you wear. Strippers are naked. Strippers sometimes they have on thongs, they’re naked, okay, well, their private areas – I’ve never seen a stripper in a bodysuit. I’ve been to AOD [Ace of Diamonds] a month ago, what are you talking about? Is New York the only place that has strip clubs? The point that I’m making to you is I’ve been in a strip club, I’ve seen things, I’ve seen private areas – do I want money thrown at me because I have on a body suit?” (“Everyday Struggle”) 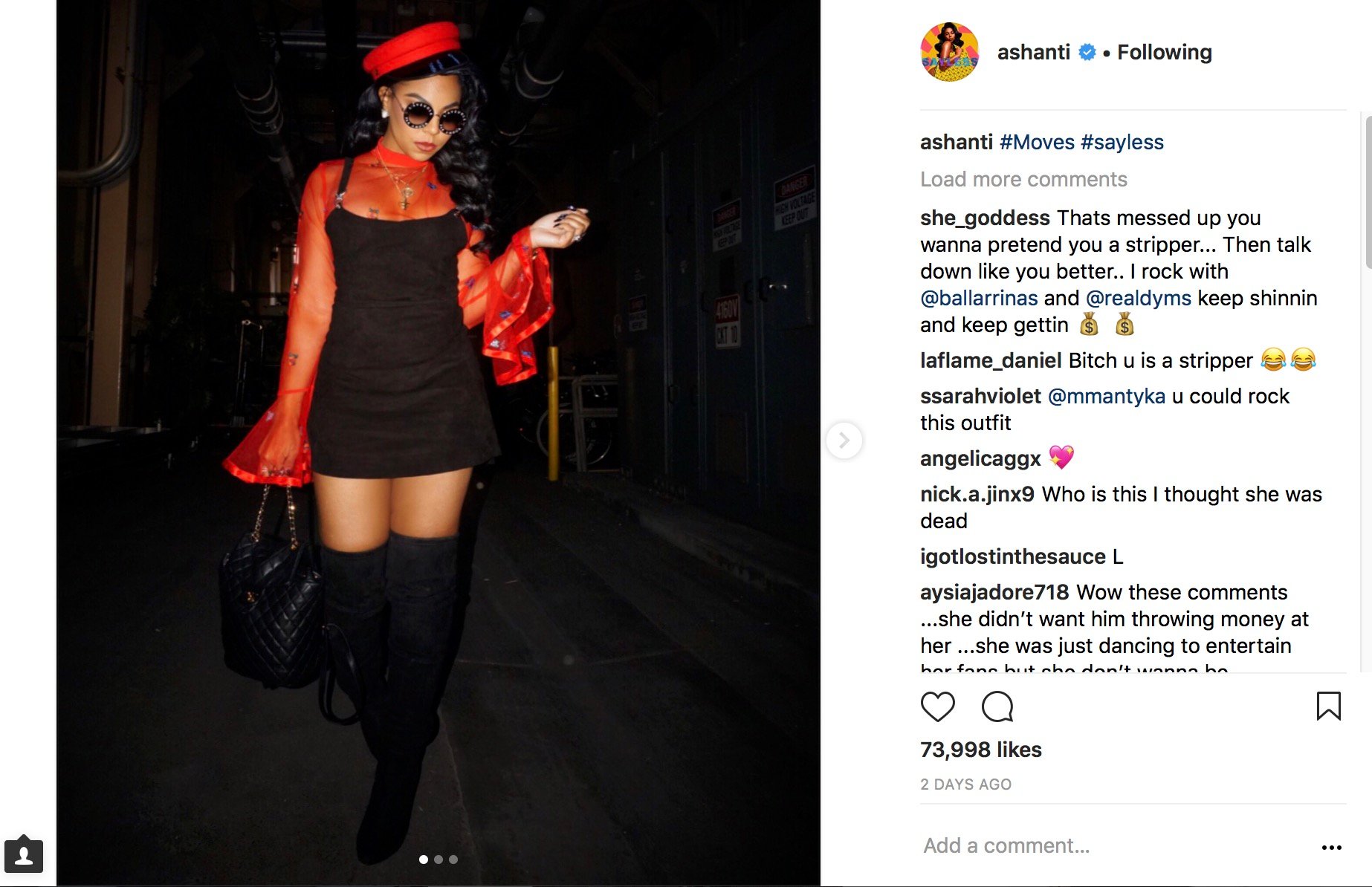 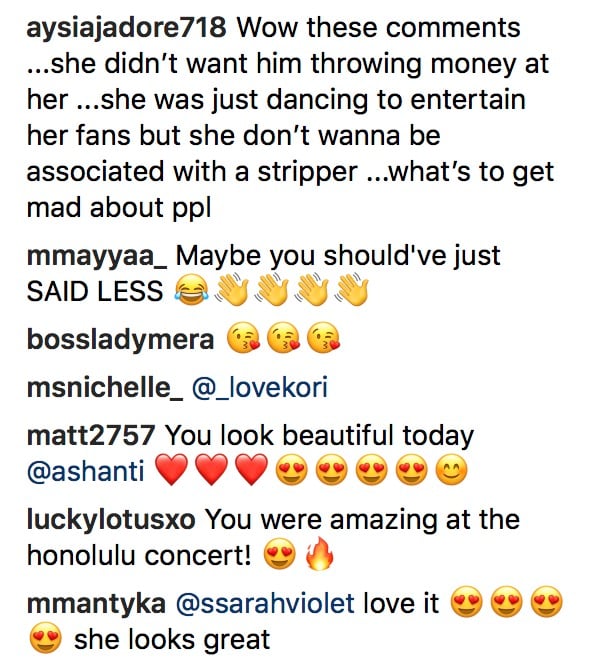 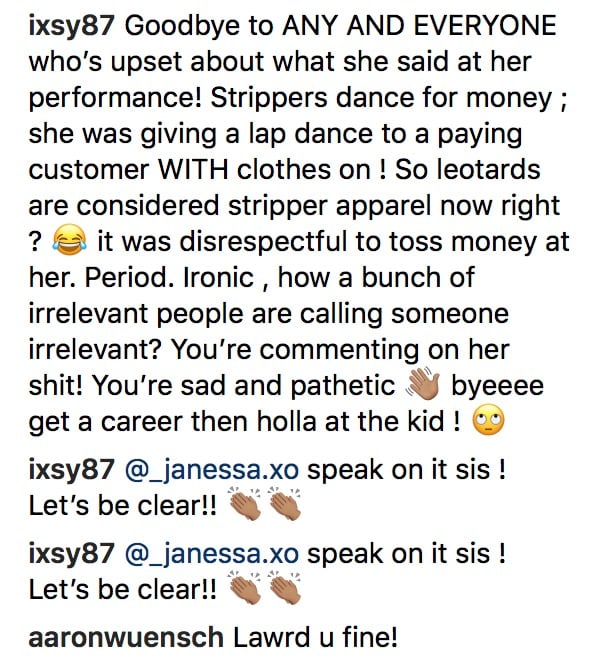 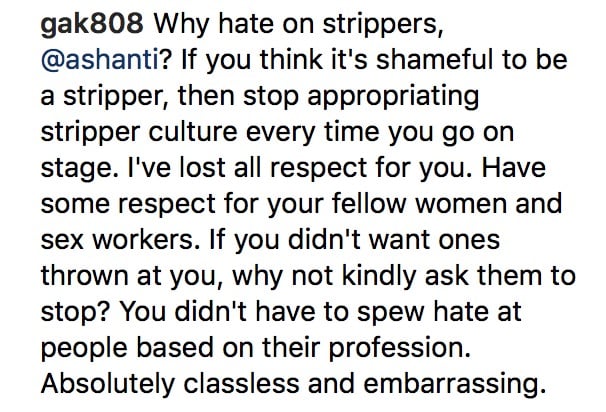 A few nights ago, a clip went viral of Ashanti losing it after getting treated like an adult dancer during a performance.

“Let me tell you something. Stop, stop. Yo, I’m gonna need you to stop throwing that money. I’m not a f*cking stripper!”

What are your thoughts on this situation? @ashanti stop the music and made it clear "IM NOT A F***in STRIPPER" during her and @ruleyorkcity show at the blaisdell last night #Ashanti #JaRule #Hawaii

#Ashanti had to get someone straight in the crowd @ashanti #ilovehiphoptv