Pop diva Ariana Grande is keeping her late boyfriend on her mind. The crooner has shared footage of Mac Miller on her social media pages.

Ariana hit up her Instagram Story this week with a clip of Miller getting dressed up.

Davidson further addressed his breakup, saying, “Well, as you can tell, I don’t want to be here. There’s a lot going on. Anybody have any open rooms? Anybody looking for a roommate? I’ve been covering a bunch of tattoos, that’s fun. I’m f*cking 0-for-2 in the tattoo department. Yeah, I’m afraid to get my mom tattooed on me because she’d leave.” (The Hollywood Reporter)

Last week, reports claimed Grande’s ex-boyfriend Mac Miller‘s recent death may have had an impact on the Davidson breakup.

Sources close to AG and PD tell us … Ariana was in an incredibly dark place following her ex-boyfriend’s apparent fatal overdose. She didn’t blame herself — she feels she did everything she could to get him sober — but it left her an emotional wreck. In the aftermath of Mac’s death, our sources say Ariana realized a couple of things — she couldn’t be fully invested in her relationship with Pete, and she had rushed into a looming marriage way too fast by getting engaged. (TMZ)

Both Ariana and Pete took different approaches to their social media pages since going their separate ways.

A rep for Grande did not immediately respond to PEOPLE’s request for comment, and Davidson’s rep had no comment. As of Sunday evening, Grande had not deleted photos and videos of Davidson from her social media accounts, but Davidson’s accounts were no longer active. (People) 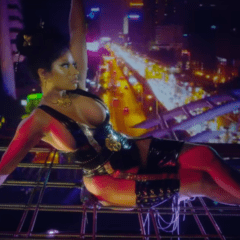