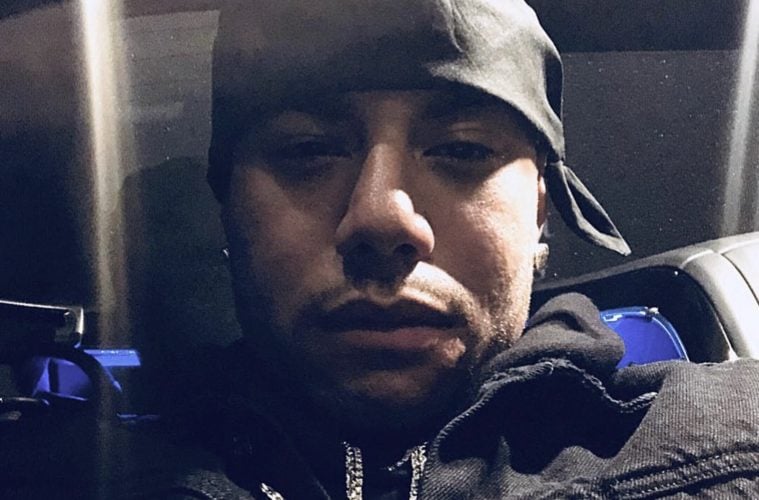 New York producer AraabMuzik and 50 Cent are “this” close to blowing hip-hop heads away. SOHH has received footage from an inside source showing the hitmaker and G-Unit boss together suggesting shady business practices going down.

In the new clip, Araab and 50 allegedly suggest someone is responsible for not giving Araab credit on producing major hits.

The inside source also provided context on the clip’s backstory and why hitmaker Swizz Beatz is the real target.

50 Cent speaks on how Swizz took credit on 3+ singles – “Pistol On My Side” featuring Lil Wayne, “25 Soldiers” featuring Young Thug and Something Dirty/Pic Got Us featuring Kendrick Lamar, Jadakiss and Styles P.” – on his Poison album which was produced by Araab. It’s said that Araab’s production is 90% of the album. He also speaks about how Kanye stole Araab’s idea of the MPC after various studio sessions. Kanye stole the MPC live for the awards show. The same thing he did to Drake versus Pusha-T. Using others creations and ideas against them. (SOHH)

“I’ve been in the studio a lot with Swizz Beatz. You know that’s my mentor. That’s my guy. So he’s working on his album called Poison. I got a lot of records on that. It’s crazy. It’s gonna be a game-changer for a lot of reasons and lot of big people on there spitting. A lot of heavy hitters. You know how Swizzy does. … Yeah, he’s influenced me lot throughout my career. I’ve always looked up to him. His sound, the way he puts the beats together, the way he plays keys. He’s been a big mentor of mine and I’ve learned a lot from him. He’s always told me to be a student of the game and always learn about everything. To not be scared and hold back, you know what I’m saying? He’s hands on with everything. So I’ve been blessed to watch him in the studio.” (XXL Mag)

A couple years ago, AraabMuzik and Swizzy went in-in with an epic live beat battle.