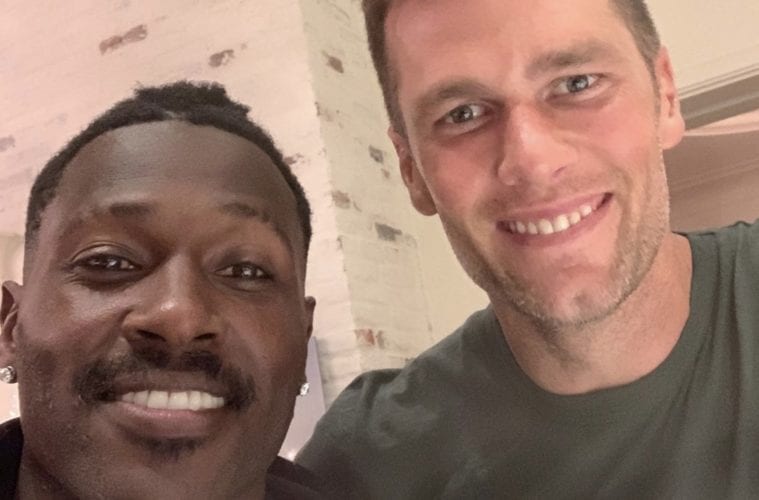 Controversial NFL free agent Antonio Brown is “this” close to making a return to the league but not everyone is celebrating. Colin Kaepernick supporters have stepped up to voice their issues.

Over the past few hours, social media has reacted to AB – not Kaepernick – being seriously considered for an NFL return.

Some people have defended AB’s talent as a top receiver compared to Colin Kaepernick being a back-up quarterback prior to becoming a free agent in 2017.

Free agent Antonio Brown is getting a workout with the New Orleans Saints on Friday morning as the team does its due diligence on the embattled wide receiver, a source told ESPN’s Adam Schefter. Brown posted a picture of his workout waiver on social media Friday morning, but it has since been deleted. (ESPN)

At the league’s winter meetings in Irving, Texas, Goodell addressed the controversial free agent quarterback’s tumultuous November workout for teams, telling reporters that the NFL has “moved on.” “This was about creating an opportunity. We created that opportunity. It was a unique opportunity, a credible opportunity,” Goodell said, according to Fox News “And he chose not to take it. I understand that. We’ve moved on.”  (Maxim)