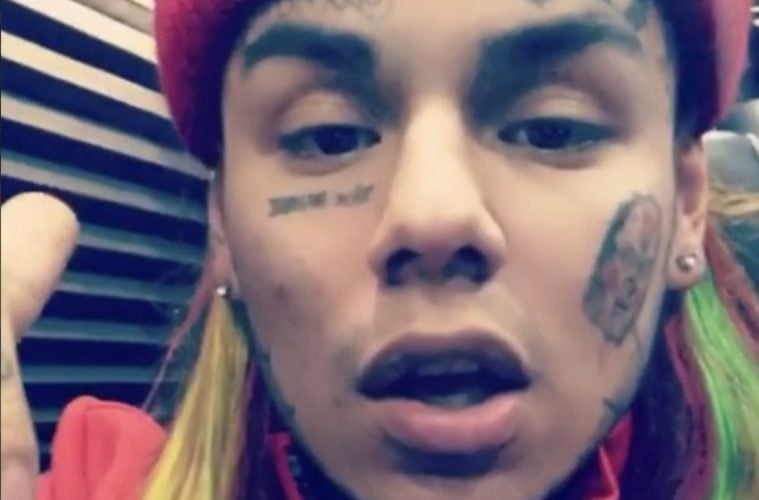 New York radio personality Angie Martinez and Spotify have teamed up for a must-see series centered on jailed rap star Tekashi 6ix9ine. The powerhouses are coming together to tell the story about the Brooklyn hip-hop entertainer.

On Tuesday, Complex announced the Spotify original is called The Tekashi 6ix9ine Story and will be narrated by Angie Martinez.

According to a new press release, the series is set to exclusively stream on Spotify beginning in mid-January.

Angie will narrate and focus on Tek’s rise to the top of the music biz.

Martinez will take fans through the unbelievable journey of the self-made, overnight icon. The story kicks off in 2014 when Daniel Hernandez was working behind a deli counter in Bushwick and a customer, who would later become his manager, told him he had the look and swagger of a rapper and delves into his transformation into the rap world under the name Tekashi 6ix9ine. Throughout the series, the audience will discover the intricacies and nuances of what made Hernandez such a viral personality and how an innocent dream of stardom turned into a Federal indictment for racketeering.

Martinez has since released a statement to dish on what people should expect.

“Tekashi has a polarizing personality and his story has taken us on a roller coaster ride like nothing we’ve ever seen in hip-hop,” said Angie Martinez. “So, when Complex reached out with this project, I was excited about the opportunity to help tell this story.”