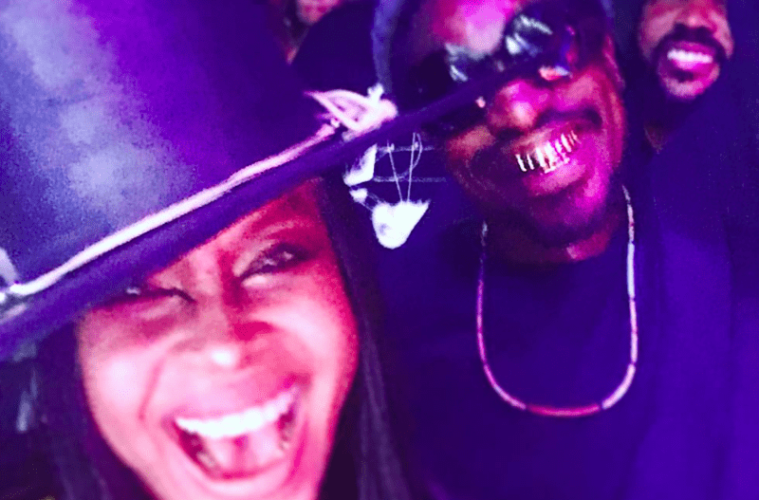 OutKast’s Andre 3000 isn’t ready to hang up the mic for good. The hip-hop veteran has dished on his current state of mind and how much music he has stashed away.

In Three Stacks’ opinion, he sees himself at the same point of his career as retired boxing icon Floyd Mayweather Jr.

“It’s Mayweather. He knows. He’s like, Yeah, I can fight maybe three more of ’em. But I’m slowing down, and I see these young kids coming up and I was them. And at a certain point, no matter how Mayweather you are, I think it’s classy to be like, You know what? [brushes off hands] … [Ready to quit?] No, I think I have, like, maybe two more Mayweather fights – or maybe one.” (GQ)

Andre also said he has tons of music stored away since 2003.

“When I pass away, people will find hours and hours of files,” Andre revealed. “Yeah, hard drives and sh*t. It’s hard drives of me just in the house alone playing horrible guitar. Me playing piano. Me playing a little sax. I was trying to find out: What can I be excited about? Because I never was, to me, a great producer or a great writer or a great rapper. I always felt that I was less than everybody else, so I fought harder. My only gauge to know when something was good was how I felt it. Like, Oh, man, this is dope. Or, This is new. So I got to a place where nothing excited me. I kept trying and pushing and pushing.” (GQ)

Last summer, Andre talked about his disinterest in forcing out new music.

“It’s really just an excitement thing, and where I am in life. I kind of like not being a part of [rap], now that I’ve done it. As I get older, I start to see myself move more back from it—the hustle and bustle of putting out an album, the pressure of being in the studio trying to come up with something. Now it’s more like a hobby for me, so I don’t think about it in that way. Even with Outkast — if we never do another album, I’m totally fine with that.” (Complex)

Andre also discussed getting older and not wanting to rap into his senior years.

“When I was 25, I said I don’t want to be a 30-year-old rapper. I’m 42 now, and I feel more and more that way. Do I really want to be 50 years old up there doing that? When I watch other rappers that are my age I commend them, but I just wonder where the inspiration is coming from. At this stage I’m really more focused on what I am going to be doing 10 years from now. And I hope to God it won’t be rapping… Rapping is like being a boxer. No matter how great you are or were at a certain time, the older you get, the slower you get—I don’t care who you are. And I can feel that coming on. There’s always a new wave of artists, and sometimes I’m just like, ‘I’m good. I’ll let the young guys do it.’ And whenever they reach out and say, ‘Hey, let’s try something,’ I’m with helping them. I’m doing it more for them than for my own self.” (Complex)