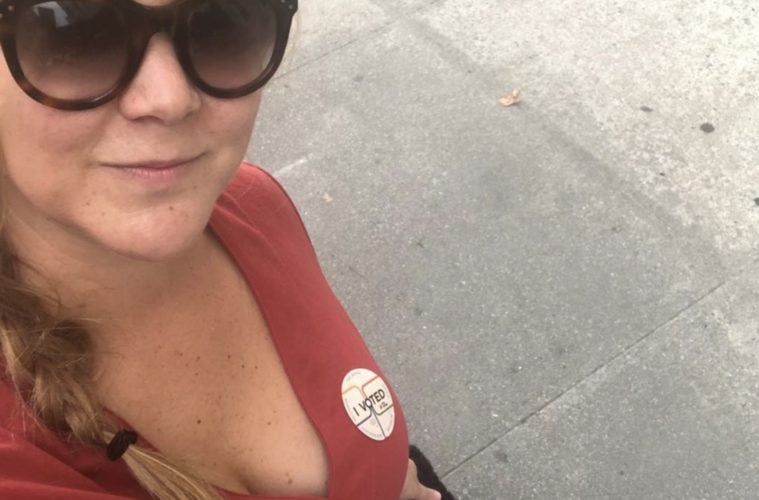 Comedian Amy Schumer is out here speaking facts. The high-profile entertainer has weighed-in on the controversy surrounding the NFL and its publicized issues with players kneeling during the national anthem.

Schumer hopped on Instagram Friday (October 19) to share her issues toward the football organization and urge rumored Super Bowl LIII halftime performers Maroon 5 to back out.

Friday thought. I wonder why more white players aren’t kneeling. Once you witness the truly deep inequality and endless racism people of color face in our country, not to mention the police brutality and murders. Why not kneel next to your brothers? Otherwise how are you not complicit? I think it would be cool if @maroon5 backed out of super bowl like @badgalriri Did. I personally told my reps I wouldn’t do a Super Bowl commercial this year. I know it must sound like a privilege ass sacrifice but it’s all i got. Hitting the nfl with the advertisers is the only way to really hurt them. I know opposing the nfl is like opposing the nra. Very tough, but don’t you want to be proud of how you’re living? Stand up for your brothers and sisters of color. And the hottest thing a guy can do is get down on one knee. Not to propose but to reject the treatment of his teammates by this country. Anyone who says its disrespectful to our military please read up on the fact that a lot of veterans are proud of what @kaepernick7 is doing and fully support him. What are your thoughts?

“The NFL and CBS really wanted Rihanna to be next year’s performer in Atlanta,” the insider reveals. “They offered it to her, but she said no because of the kneeling controversy. She doesn’t agree with the NFL’s stance.” Kaepernick, who once admitted to having a crush on Rihanna, was the first NFL player to kneel during the national anthem in protest of police brutality and racial inequality. (Us Weekly)

A few days prior, buzz developed about the NFL possibly targeting Cardi and Houston rap star Travis Scott to pull through as halftime guest performers.

Maroon 5 will be headlining the Super Bowl LIII Halftime show, a source confirms to Billboard. While special guest appearances for the performance have not yet been finalized, Cardi B and Travis Scott are on the short list, Billboard has also learned. A rep for the band declined to comment. In a statement, the NFL said, “It’s a Super Bowl tradition to speculate about the performers for the Pepsi Halftime Show. We are continuing to work with Pepsi on our plans but do not have any announcements to make on what will be another epic show.” (Billboard)