Fiesta Friday. It’s a festive day today so why not start things off with a rumor about Amber Rose‘s “real” baby daddy? Speaking of baby daddies, is Blue Ivy Carter‘s dad Jay Z happy he left the Nets? With Hov still on your mind, did Beyoncé send a serious threat? All this coming up in SOHH Whatcha Think.

Did Amber Rose cheat on her husband Wiz Khalifa? Even better, did she cheat on him to the point their son belongs to a different father? Inquistr has the info:

Amber might have been having an affair with her driver, who her son coincidentally resembles. Of course, it is a coincidence, right? (Inquistr)

Could there be a real argument here? #SOHHWhatchaThink?

2. Brooklyn In The House?

Is Jay Z trying to will his former team, the Brooklyn Nets, to wins? It seems even when he is in attendance, they come up short. That appeared to be the case last night when they took on the Los Angeles Clippers. Bossip is on it:

Beyoncé and Jay Z hit up yet another L.A. Clippers game last night in Los Angeles, this time grabbing courtside seats for their game against Hov’s former team, the Brooklyn Nets. Looks like the couple really enjoyed themselves. Bey kept her tummy covered for the most part but if you’re still on Bey Bump Watch you can hit the flip for a closer look. (Bossip)

Is it a wrap for the Brooklyn Nets? Is Jay Z really enjoying their misery? #SOHHWhatchaThink?

Does Beyoncé know how to get stuff done or not? It looks like there was a serious threat shot at a company for trying to make bank off of her name. TMZ has all of the details: 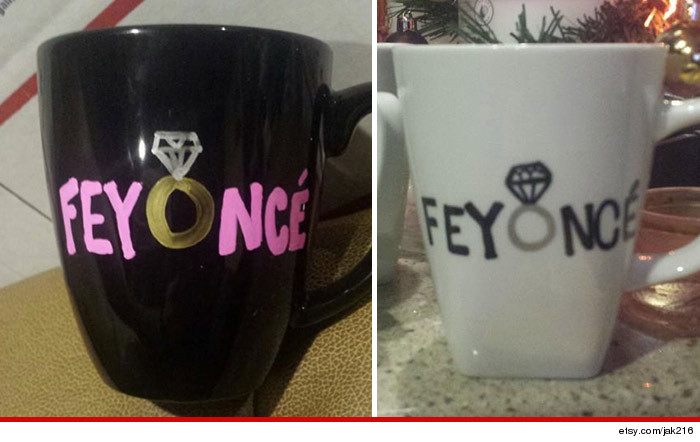 Etsy — a craft website that’s a cross between eBay and Pinterest — was hawking Feyonce mugs. They became a thing … when someone got engaged lots of people went to the website and bought the happy couple mugs to celebrate the occasion.

The singer felt the pun was more than coincidental — right down to the accent on the last “e” — so her lawyers fired off a letter to the company crying foul … and then threatening them. (TMZ)

It didn’t take long before Etsy removed the items. Is Queen Bey that serious about her name? #SOHHWhatchaThink?