Vixen Amber Rose has fired off at men’s magazine GQ after being described as the ex-lover of hip-hop stars Kanye West and Wiz Khalifa in a new feature.

Rose ripped the renowned publication across her Instagram page this week. 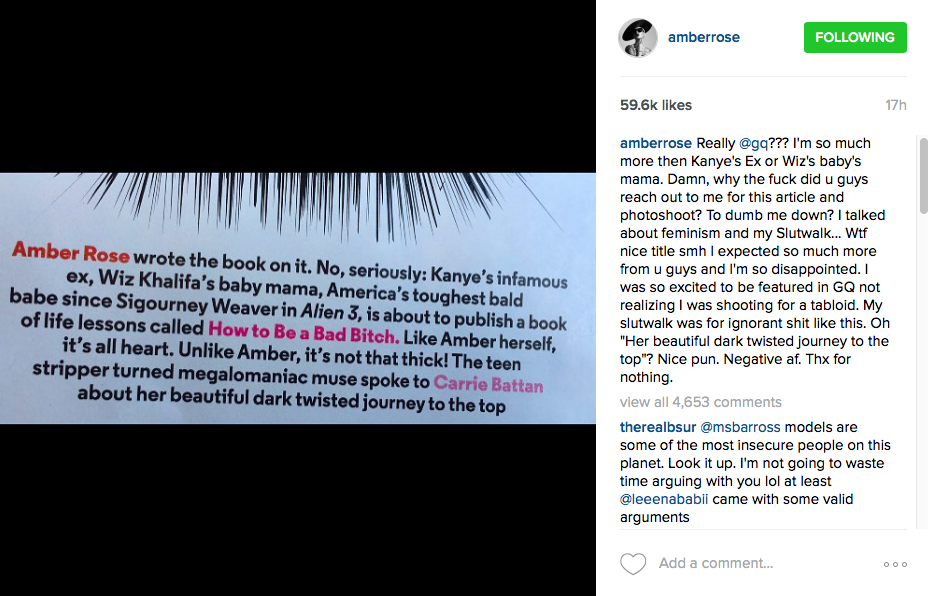 Within her GQ feature, Rose attempted to talk beyond her Kanye West ties.

Rose and Khalifa posted coupled up pictures together on Instagram earlier this month. 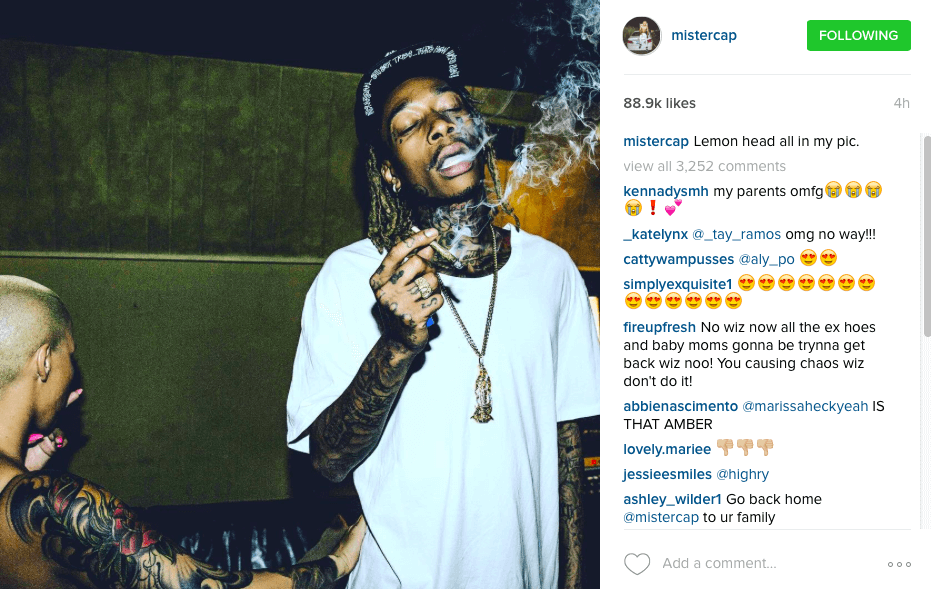 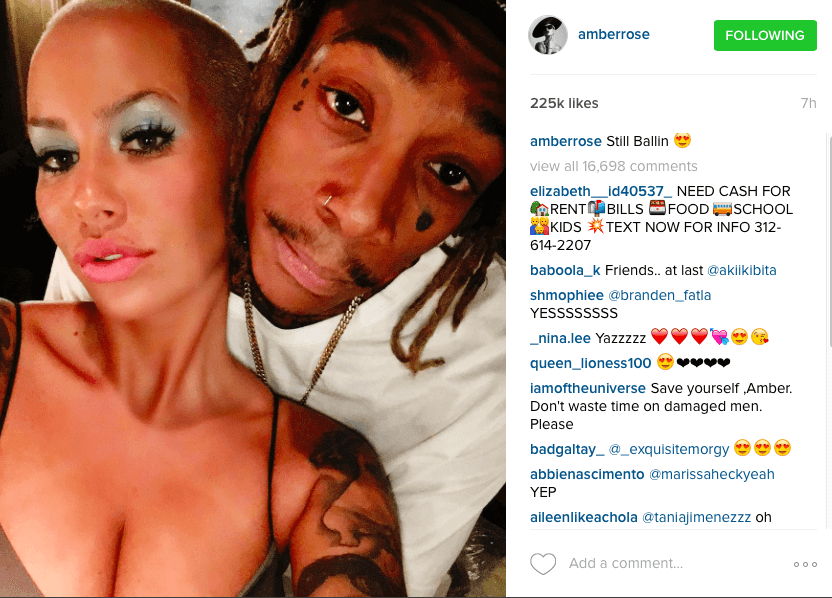 A few months ago, Rose announced her split from rapper Machine Gun Kelly.

Speaking with Perez Hilton on his podcast, she admitted that she and Machine are done! “No we’re not dating anymore,” Amber revealed. “I think it was just a mutual agreement. We’re still really good friends.” … “I can’t really support a man on tour anymore. I kind of did that already and I’m just not in a space where that’s really what I want to do. I just need to focus on my son and my business. I’m dating other people and just having a good time.” (OK! Magazine)