Amber Rose Responds To Money-Hungry Accusations: “So It’s Wrong To Ask Ur ‘Significant Other’ To Help U Financially?”

Vixen Amber Rose has stepped forward to fire back at critics going at her for advising women to use their seduction skills to get money.

Rose went off with a few heavy Twitter comments this week. 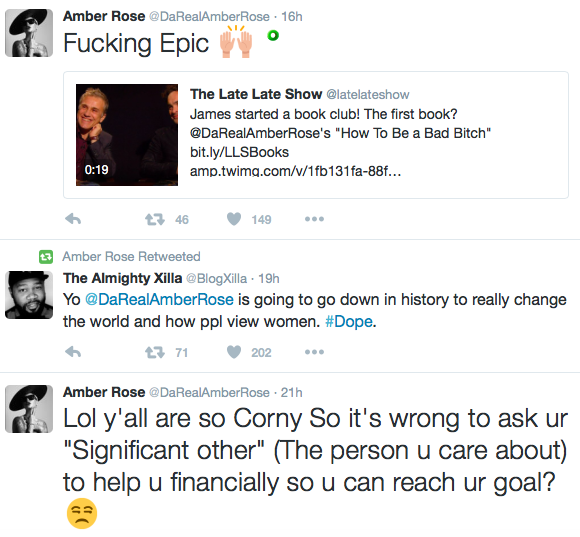 Check out where this all stemmed from on the next page…

According to reports, Rose defended using seduction to get money.

“I mean, he’s actually just like a regular guy, which is really cool,” Rose revealed when asked who she is sleeping with. “[What’s more appealing, intelligence or physical body?] Definitely not physically. I’m more attracted to, I like guys who are extremely smart and funny. If a guy can make me laugh, he can definitely win my heart. He makes me laugh until I cry.” (SiriusXM)