Vixen Amber Rose couldn’t stay off social media through 2017 and no one’s complaining. The curvy vixen has returned to her Instagram with an extremely busty picture.

Rose went to IG last night (December 16) and made jaws drop with a ridiculous new pic. 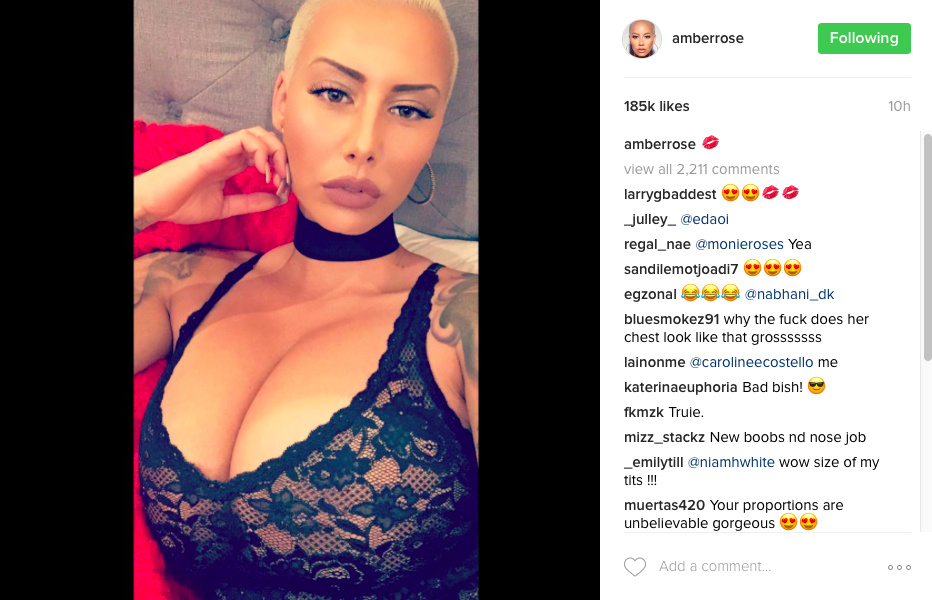 Back in late November, Rose vowed to stay off social media for the rest of 2016.

#PressPlay: Looks like everybody needs a break from social media #AmberRose

“I just wanted to detox. I just wanted a little bit of a break. I’m always on it. I would wake up in the morning and look at it first thing. I would go to bed and it was the last thing I would look at. I felt a little too dependent on it. So I kind of just wanted to take a minute.” (“ELLEN”)

It looks like Meek Mill‘s Instagram has disappeared. At some point on Monday night (Oct. 18), the Philly MC’s IG page was no longer popping up, prompting many to believe he deleted it. Why would he do such a thing? Who knows. Perhaps he’s readying a refresh to finally drop DC4. Or maybe, like his Twitter hiatus years before, it’s a self-imposed exile to clear his head. (XXL Mag)