Messy Monday. It’s a full mess today so why not get things started with Amber Rose finding a new love who happens to be on Bad Boy? Speaking of bad boys, did Ray J find himself a Kim Kardashian lookalike wifey? Someone always known for having a pretty little thing by his side is Drake so will he find one at this New Year’s Eve spot? All this coming up in SOHH Whatcha Think.

Is Amber Rose still heartbroken over Wiz Khalifa or is she ready to really test out the waters? Media Take Out has a wild rumor on deck: 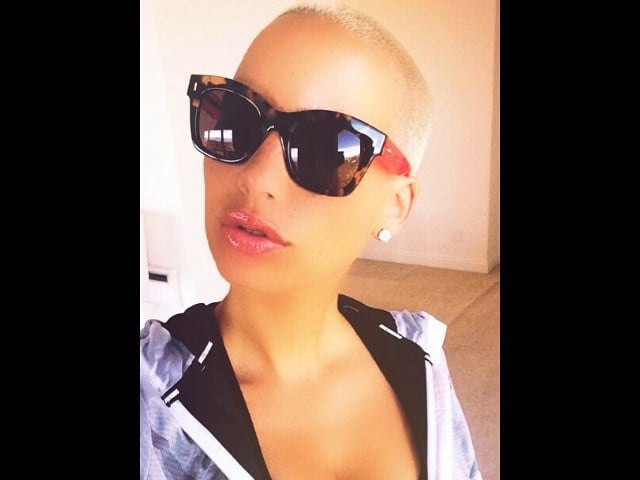 MediaTakeOut.com has EXCLUSIVE news – Amber Rose (Wiz Khalifah’s ex) is now dating French Montana (Khloe Kardashian’s ex). The two linked up, after MediaTakeOut.com broke the news that Wiz went on a date with Khloe. Shortly after our story broke – Amber started Following French. She has been LIKING his pics for the last few days. (Media Take Out)

There’s a very thin line between hanging out and being in a romantic relationship. Could something really be brewing with French Montana and Amber Rose? #SOHHWhatchaThink?

Is Ray J getting too old for all of the dating and hook-up situations? He’s dated a lot of notable women and there seems to be no stopping him. RumorFix has the skinny:

Ray J did not dump Princess Love for a Kim Kardashian look-a-like, despite reports on MediaTakeOut.

Late last week the webloid reported that the rapper left his Love & Hip-Hop girlfriend for a Miami woman who they call The French Arab. Not only that, but Ray J also allegedly knocked Princess up before giving her the boot, MTO claimed.

But RumorFix can confirm that this rumor is just that –a rumor! RumorFix reached out to Princess Love who tells us the story is absolutely not true and that she and the Ray-J are still happy and living together. (RumorFix)

….or maybe not? #SOHHWhatchaThink?

Are you going to be around Las Vegas this upcoming New Year’s Eve? If so, there’s a strong chance you could bump into Drake if you play your cards right. ABC News Radio Online has the info: Drake has already lined up his New Year’s Eve plans.

Robin Leach at the Las Vegas Sun announced via Twitter that the rapper is scheduled to provide a headlining performance as the clock counts down in Sin City.

“Grammy award-winner and hip hop icon Drake will celebrate the new year and ring in 2015 at Marquee Nightclub & Dayclub on December 31,” he tweeted.

According to the venue’s official website, admission will cost $100 for females and $150 for males, which includes access to a two-hour premium open bar.

Next year will be promising for Drizzy, who is expected to release his upcoming album, Views from the 6, early 2015. (ABC News Radio Online)

What’s going to go down with Drizzy in Sin City come December 31? Does this now change up all of your plans? #SOHHWhatchaThink?