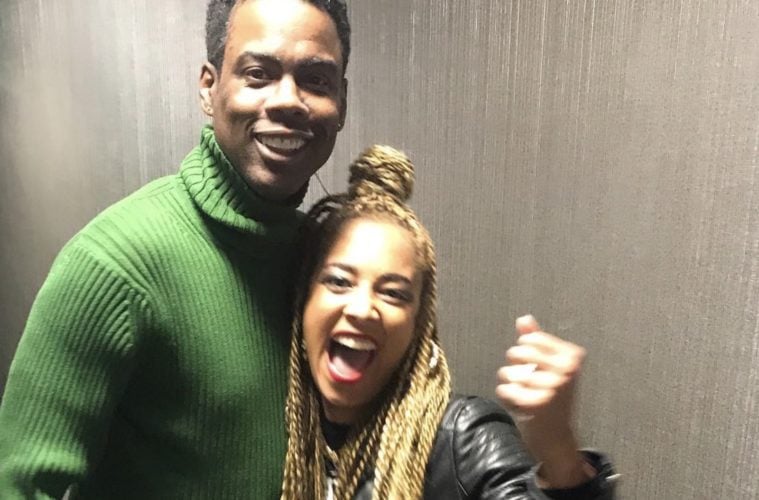 Hollywood actress/singer Amanda Seales and Chrisette Michele have the Internet happily sipping tea. The high-profile entertainers have gone after each other across social media.

Seales struck first by getting at Michele for promoting a new Black Lives Matter-inspired tune nearly a year after supporting President Donald Trump by performing at his inauguration.

Michele wasted little time and hit up Instagram with her response.

Amanda Seales. I've watched you over the years, I've spent time seeing your stand up and even enjoying your material online. It was such a beautiful moment when you walked into everybody's favorite tv show "Insecure" and killed the game. Your passion for the black community to progress. Your tenacity for social justice and your cultural critique and intelligence is un-paralleled. I know you have reservations about my choices over the last year. I've done just as much thinking and acknowledgement of sentiments like yours as I've done of my own. I've apologized both in public and on private stages for the pain I've caused our community. Hopefully with voices as brave as yours, we can move the meter to greater platforms for hope to be sung, and greater outlets for conversations like these. They're needed and welcome. Might women like us unify and bring the conversation of #StrongBlackWomen and women supporting women. I salute you #StrongBlackWoman

Earlier in the week, Chrisette went to social media to promote her “Black Lives Matter” single.

Last January, Michele spoke on the aftermath from getting slated to perform at Trump’s presidential inauguration.

“Originally I was supposed to perform directly after his first speech, and I had done that with Barack Obama before, so I was used to that kind of experience. And the woman who organized the event came and told me, “Now you’re going to go first and he’s going to go after you.” I looked her in the eye and said, “My family has disowned me. If you decide to Google me, you’ll see that America is writing about me in their newspapers. I’m the black poster child for discord right now, and he’s not going to shake my hand?” So no, I didn’t get to meet him. … I know he has a lot of other things going on. I don’t know if, like Barack and Michelle, he’s listening to my album or that I’ll be on his summer playlist, so I don’t want to take it that way. I’d rather be optimistic and think that they’ll come another chance where I can talk to him. But I definitely did take the time enough to meet as many of the 60,000 people in the room as I could that night and begin to exchange information. And there were a lot of people who are excited to sit down and talk, who worked on his campaign.” (Billboard)