Following its successful audio release, New Orleans artist Alfred Banks delivers the visual to his single “The Funeral of Orlandas Banks.” In the Ghostmonster-directed video, Alfred recreates his brother’s memorial.

The video is taken from Banks’ his upcoming album, The Beautiful which is slated for release March 20th via Bandcamp and is currently available for pre-order.

On the album, each song serves as an individual chapter examining the development of schizophrenia in Alfred himself. Though he doesn’t suffer from the illness in real life, the album’s concept serves to illustrate the steps in the disease in an effort to educate others about how schizophrenia can manifest itself. 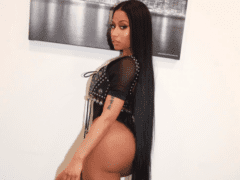