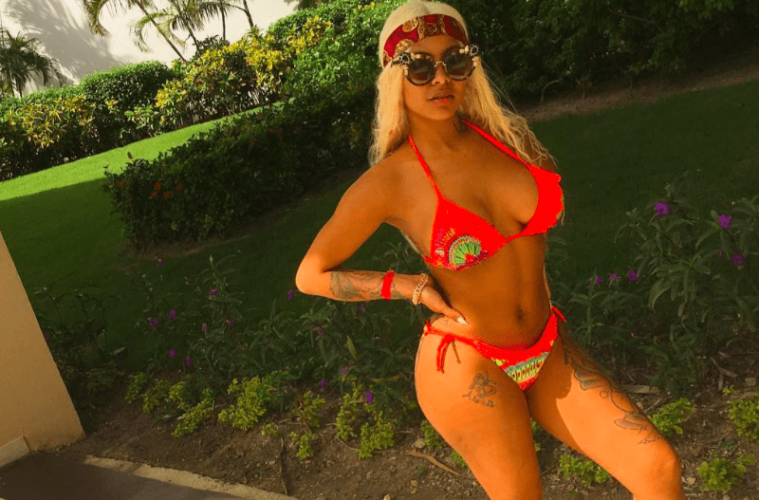 Alexis Sky Breaks Silence After Fetty Wap Sex Tape Emerges: “All Of This Is So Crazy & Embarrassing!!!”

Vixen Alexis Sky has come forward to speak out following the jaw-dropping leak of a sex tape allegedly featuring herself and hip-hop artist Fetty Wap. Fetty Wap has already taken action to force media outlets from posting up the clip.

We’re told Fetty’s lawyers have drafted cease and desist letters to websites posting the clip — and also to Alexis. The letter doesn’t accuse her of leaking the video, but we’re told it does warn her a lawsuit could be coming her way if they find out she did. As for whether it’s definitely him on the tape — Fetty’s camp won’t confirm. We’re told Fetty believes he and Alexis are the only people in possession of the video. As we’ve told you over the years of covering celeb sex tapes — both parties have to sign off on any distribution deal. (TMZ)

Hours prior, buzz developed about an x-rated video featuring both entertainers existing.

Roommates get ready for this tea! So how about a little birdie revealed to The Shade Room that Fetty Wap and his ex Alexis Sky have a sex tape being shopped around–and by shopped around, we mean leaked! Head over to our Snapchat to catch a glimpse of what’s to come! (The Shade Room)

Reports claim Alexis is no stranger to having bare pics landing online.

This is not the first time that Alexis Sky has bared all for the internet. Last year, the Instagram model was seen in naked photos that were somehow uploaded to her social media page. The picture remained visible for several hours before being taken down. (Inquisitr)