Florida rapper Stitches may be looking at the brighter side of life these days as evidence from him liking a picture from publicized rap foe Game this week.

A screenshot of Stitches appearing to extend an olive branch by co-signing a pic of his hip-hop rival has surfaced online. 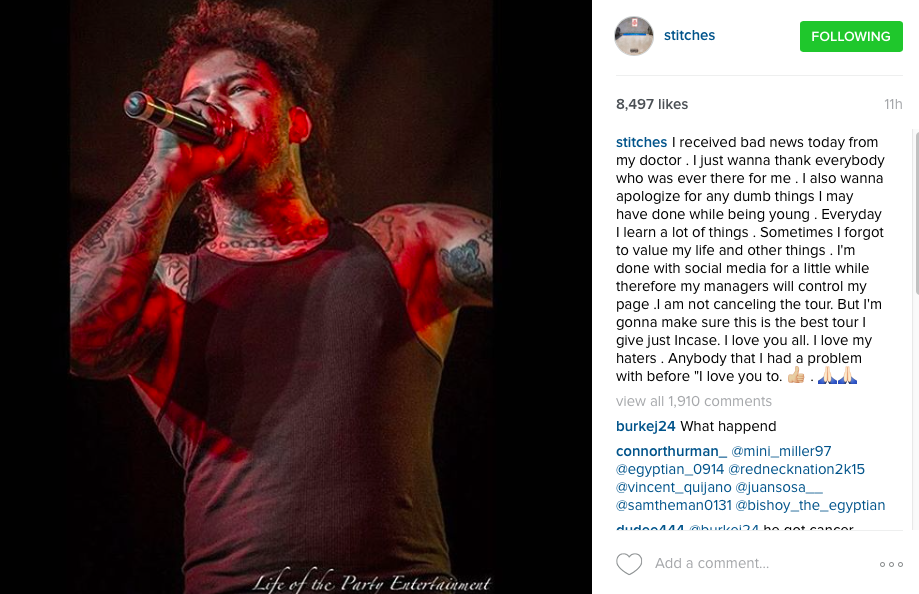 Footage of Game offering up some medical kit items to Stitches for this past holiday season surfaced online recently.

Recently, Stit revealed his interest in putting their feud to rest.