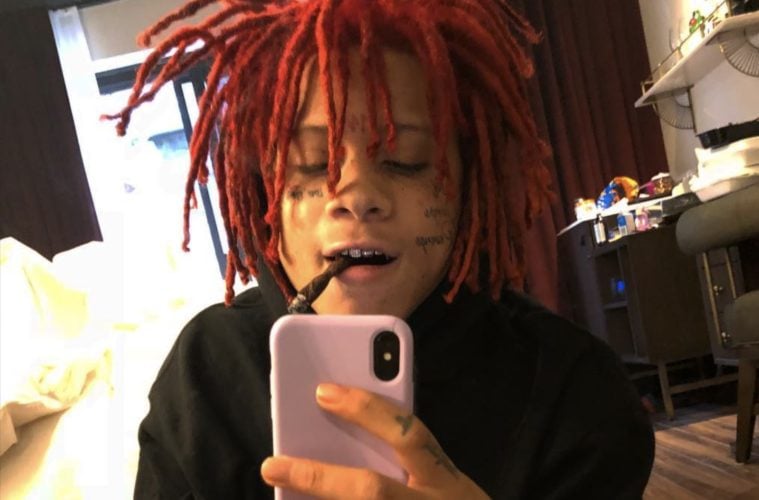 Rap newcomer Trippie Redd is making headlines for all of the wrong reasons. New reports claim law enforcement arrested the hip-hop rookie on an assault charge.

According to reports, the attack went down early Tuesday (June 12) against an unnamed woman.

Rapper Trippie Redd apparently has some heavy hands … because he’s been arrested a second time in less than a month … and again for an alleged assault. The rapper was busted by Atlanta PD on Tuesday and is currently being held in Fulton County Jail. According to law enforcement … Trippie was booked for aggravated assault and battery causing substantial physical harm. We’re told he’s currently being processed right now. (TMZ)

The alleged victim has since come forward to discuss what went down.

An unidentified woman provided a statement to DJ Akademiks, which included what appears to be footage of Trippie Redd being taken into custody by police. In her statement, the woman alleges that the incident stemmed from prior conflict with Trippie Redd and his girlfriend Angvish. The woman alleges that she confronted Angvish soon after arriving at an unconfirmed location: “I’m yelling at her, putting my fingers in her face, so Trippie comes and f*ckin’ pistol-whipped me in the back of my head… just so I wouldn’t hit his bitch.” (The FADER)

A few weeks ago, Redd sparked some headlines after getting busted on a similar charge.

Two weeks ago, the rapper was arrested following an alleged fight at rapper FDM Grady’s house in Cobb County, Georgia. In that case, police charged Redd and frequent collaborator Lil Wop with misdemeanor counts of fighting and criminal trespass. Trippie was also hit with one count of simple battery. (XXL Mag)