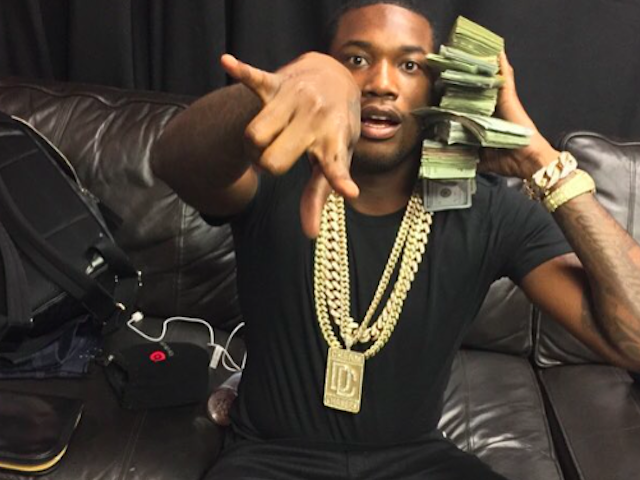 Maybach Music Group’s Meek Mill may have more in store for rap rival Drake after dissing him this weekend on his new surprise 4/4 EP. 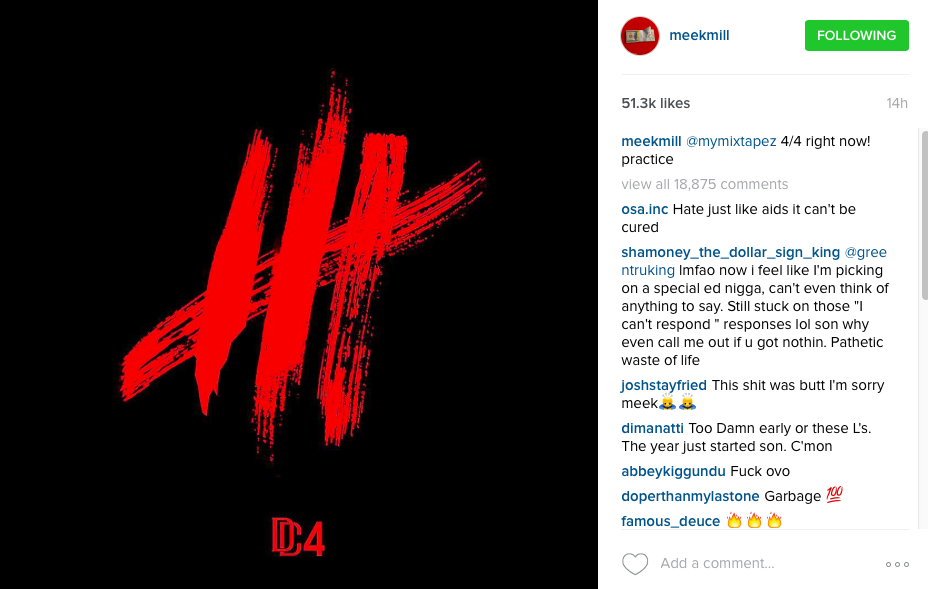 Check out how Meek Mill dissed Drake on the next page…

In addition to the tracks “FBH,” “Gave Em Hope,” and “Pray for Em,” he freestyles over Drake and Future’s “I’m the Plug” off What a Time to Be Alive. The Philly rapper takes aim at his Canadian rival once again and even references his famous line from “Back to Back.” “Was that my girl tour or the world tour? / I do not know what you p*ssy n*ggas goin’ for / This that 100k a night when you perform tour / Swimmin’ in that good p*ssy while you on tour,” raps Nicki Minaj’s boyfriend. (Rap-Up)

“Oh yeah, Meek Mill has been banned for a long time. No one plays Meek Mill,” Patterson revealed in an interview. “We all know that there are a lot of Drake fans across the world and there might not be too many Raptors fans from Toronto that converted from Drake, but it might happen elsewhere. Hopefully he continues to improve and get better and more people in the UK might get behind it.” (Complex UK)

Recently, Hollywood actor Kevin Hart talked about speaking to Drizzy about falling back on his feud with Meek.

“He’s our generation’s rap superstar. Get back to being Drake the superstar, this can’t last that long and go back and forth. That’s where I come in as a friend… If you’re a real friend, that’s what you do. You don’t support the negative banter between the two for too long.” (“The Breakfast Club”)