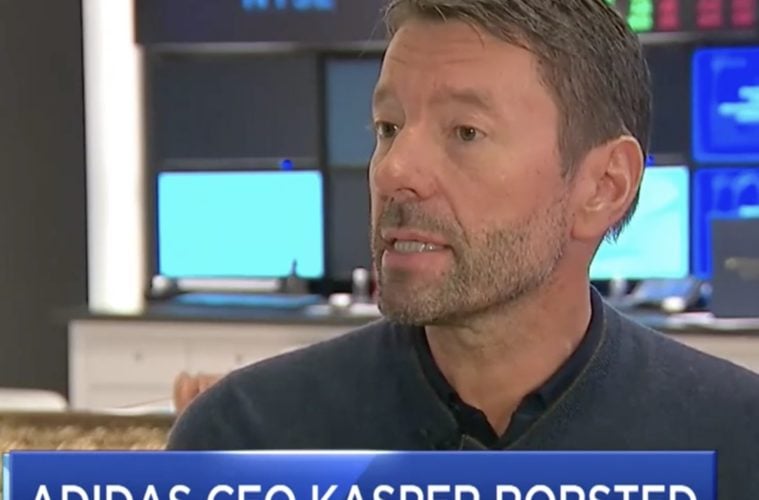 Adidas CEO Kasper Rorsted is still Team Kanye West despite all of the Make America Great Again and President Donald Trump support. The sports apparel giant’s head has shared his support for Yeezy despite mixed social media feelings toward the hip-hop star.

In a new interview, Rorsted reacted to buzz about one of his biggest brand ambassadors allegedly meeting with Trump.

“You know when you work with a creator like Kanye West, you don’t get mainstream. We’ve been extremely happy with our relationship with Kanye West. I’m meeting him Wednesday night for dinner. He’s been a fantastic ambassador for the company and he still will be. I don’t even know if he’s going to Trump but I’m having dinner with him Wednesday night and I’ve been very happy with our relationship. … We have a wide range of new models coming out next year and we think what we bring to the market next year with Kanye West is going to be really hot in the industry.” (CNBC)

A few hours ago, reports emerged about Kanye planning on meeting with Trump at the White House this Thursday.

Mr. West, who has faced a backlash over his vocal support of the president, will meet first with Mr. Kushner and then have lunch with the president, the two people said. Mr. Kushner, who serves as a senior adviser to Mr. Trump, has been focused on overhauling the criminal justice system, and one person briefed on the meeting said that Mr. West wanted to discuss the availability of job opportunities for former convicts. He also hopes to discuss with Mr. Trump how to increase the number of manufacturing jobs in the Chicago area, where Mr. West grew up and recently said he planned to return, according to the person briefed on the meeting. (New York Times)

Earlier this month, Trump applauded Kanye for showing him love during a “Saturday Night Live” appearance.

Like many, I don’t watch Saturday Night Live (even though I past hosted it) – no longer funny, no talent or charm. It is just a political ad for the Dems. Word is that Kanye West, who put on a MAGA hat after the show (despite being told “no”), was great. He’s leading the charge!