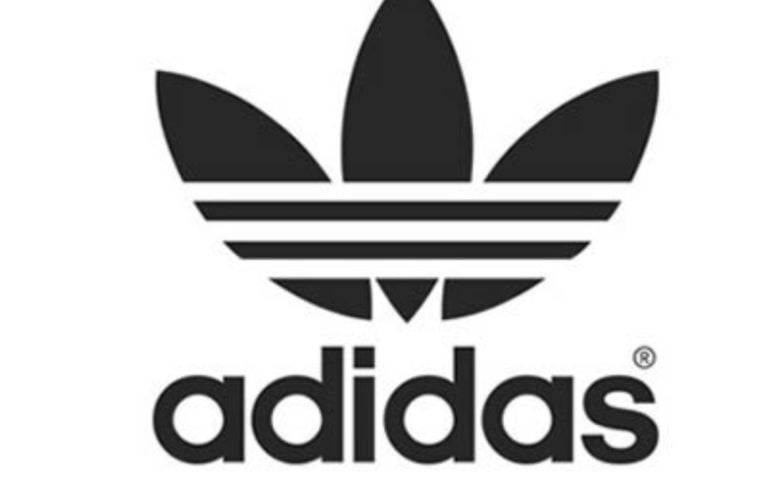 According to a report, Rorsted cannot co-sign Ye’s remarks but denied having any immediate intent to reconsider the company’s business partnership with West.

Adidas CEO Kasper Rorsted distanced himself from comments about slavery by Kanye West but said the company has not discussed dropping the rapper as a designer. “There clearly are some comments we don’t support,” Rorsted said on a call. The company plans to talk with West about the matter, he said in an interview with Bloomberg TV after the company reported better-than-expected first-quarter earnings but said its sales were hit by the strength of the euro. The shares fell as much as 6.3 percent in Frankfurt. (Ad Age)

This week, a Care2 petition had targeted Adidas and urged the company to cut ties over Ye’s now-infamous slavery comments. 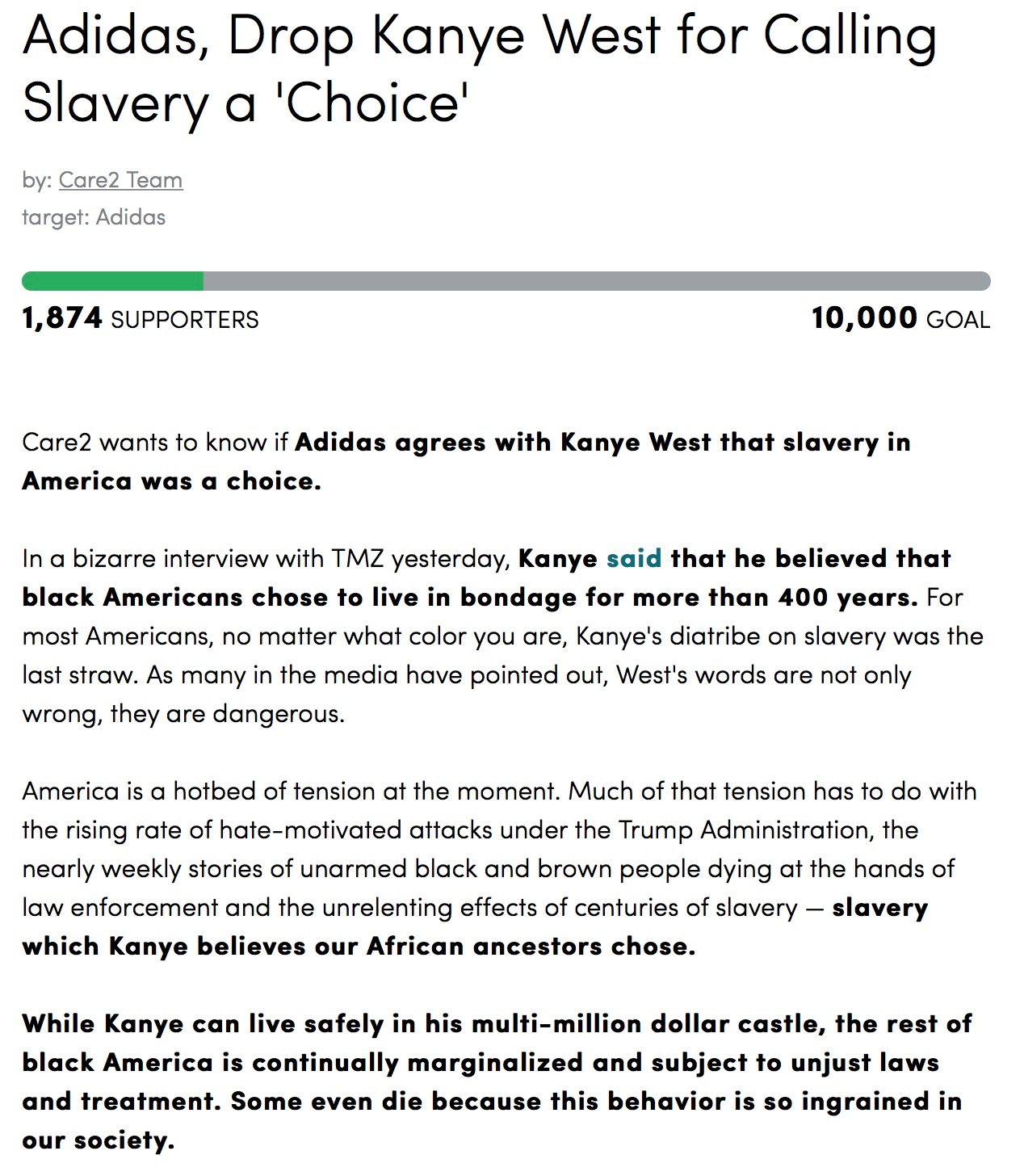 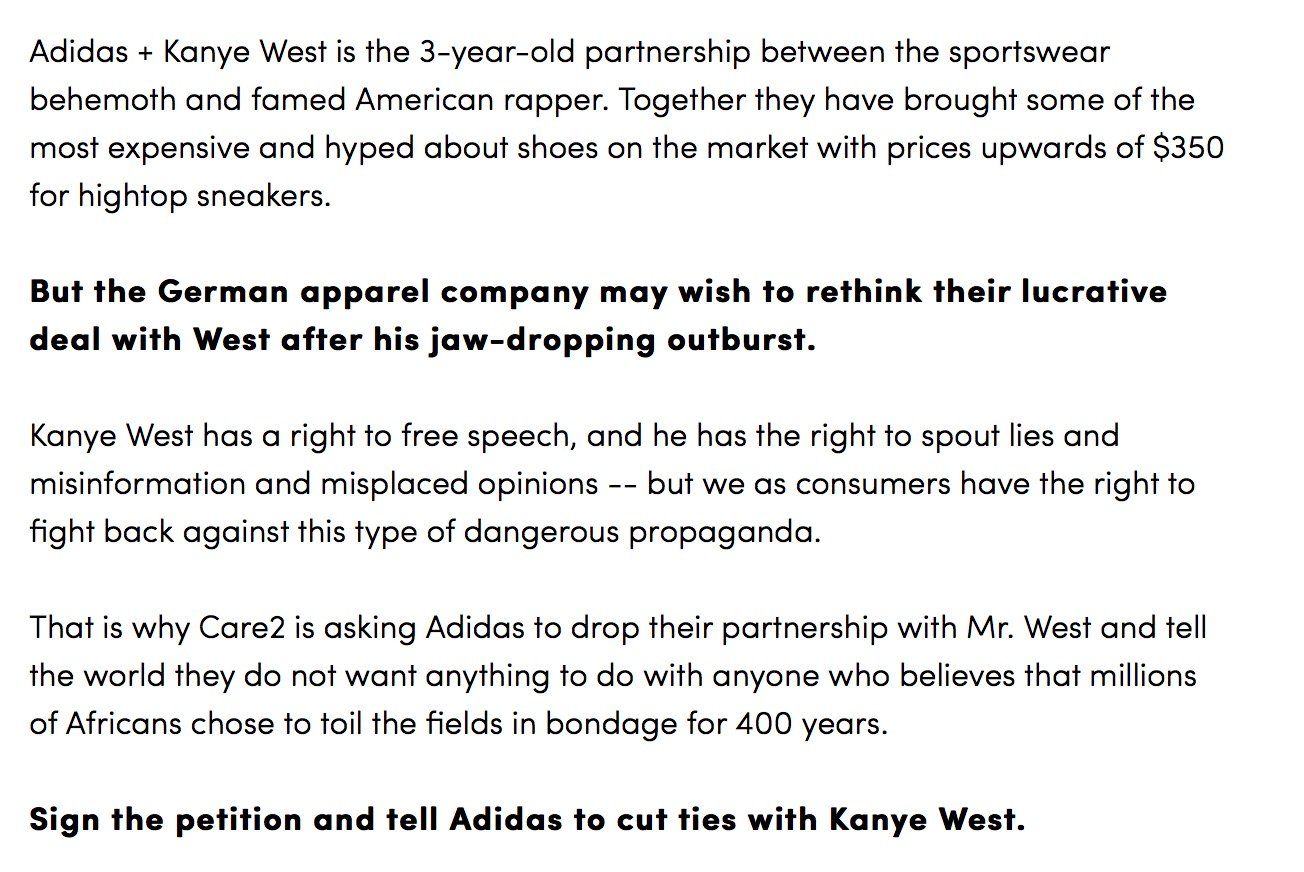 In a new interview, rap star Eve said she could no longer support Kanye.

“You want to be a free-thinker, you want to be thought-provoking, you cannot have these ideas without facts to back them up. Slavery is a fact. Slavery is part of our history… we cannot forget it – we are still feeling the effects of slavery within our community, within our culture. It hurts me. … This is a man that I actually used to listen to, this is a person that we used to look to as an artist. Any young brothers looking at me, listening to me today – pick up some Nas, pick up Damian Marley, pick up some J. Cole, pick up some Kendrick Lamar. Listen to these artists. I am done with Kanye.” (The Talk)

This week, various high-profile celebrities have shared their disappointment in West over controversial statements he’s made.

Time for intervention. No more memes. He has made your hits and stood with us in the trenches. I personally occupied Wall Street with him, and worked on countless Hip Hop summits as well had the opportunity to march with him. Ye, call your brother back. Let’s discuss the 50 relevant issues confronting the human family like the unraveling of race relations, poverty, Israel, Iran, the prison system, police brutality, ,gun control… Honestly there’s not enough space here. Call your brother. I refuse to believe a black man who supports black empowerment, but now says “Slavery was a choice”, is operating with a healthy state of mind.

I’ve had it with @KanyeWest + @RKelly using the imagery of lynching as rebuttals re: their dastardly behavior. Evoking racial terrorism and murder for personal gain/blame is stratospheric in is audacity and ignorance. This is what lynching looked like. How dare they? pic.twitter.com/wfobcdjiKL

Shame on you, @kanyewest + @rkelly. If you want to have a REAL conversation about lynching, get at me. Until then, have some respect and dignity for the dead. The murdered. You’ve gone beyond embarrassing yourselves. You’re both in territory that you don’t REALLY want to be in. pic.twitter.com/LXci0F0umc

According to @MemPeaceJustice, more than 4,000 black men, women and children were hung/lynched between 1877 and 1950. @kanyewest + @rkelly are using their heinous murders in tweets and press statements. Using our ancestors’ pain as punchlines. pic.twitter.com/DHlwIF5kLc