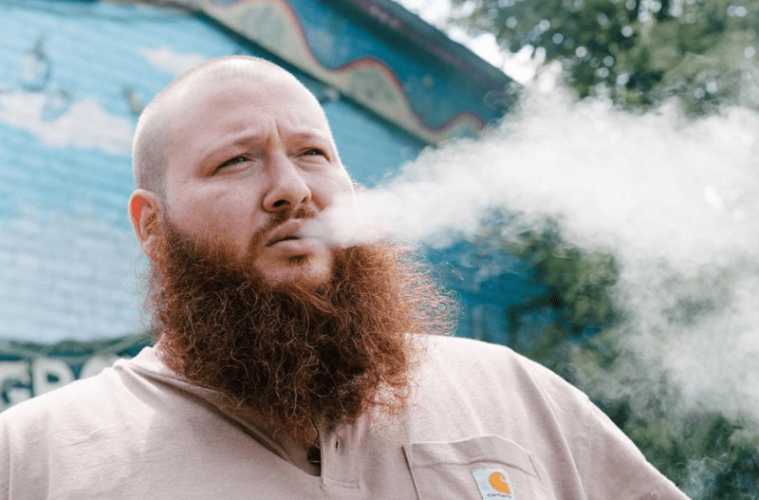 Action Bronson’s Putting His Chips On The Table: “I’m Back W/ A Vengeance”

New York rapper Action Bronson has delivered the update diehard fans have been waiting for. The hip-hop heavyweight has announced a much-needed progress report on his upcoming Blue Chips 7000 mixtape. 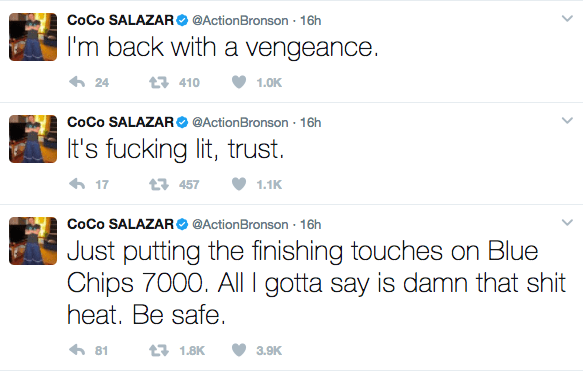 Last May, Action promised the underground effort would soon arrive. 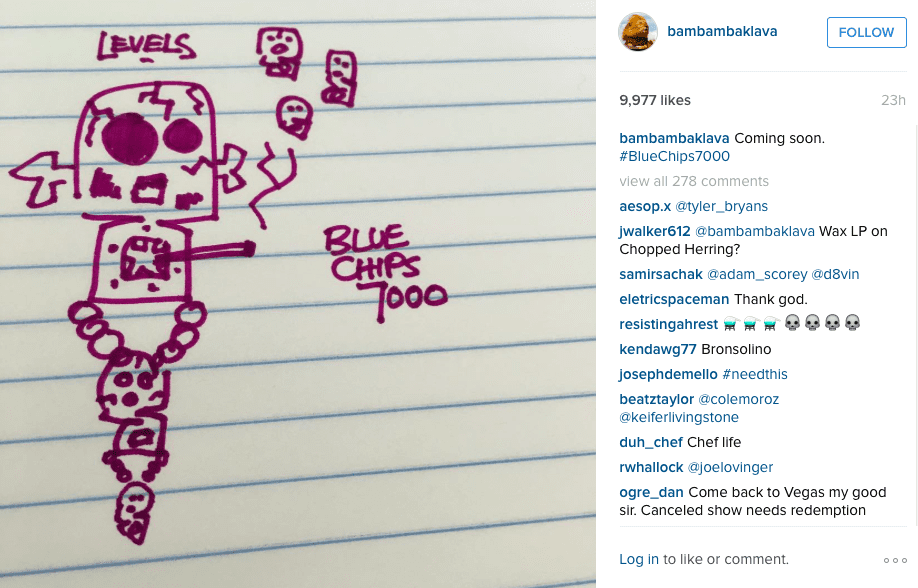 Days prior, Action hinted at the possibility of Blue Chips 7000 arriving anytime.

Bronson previously blamed television duties for slowing down his music-making. 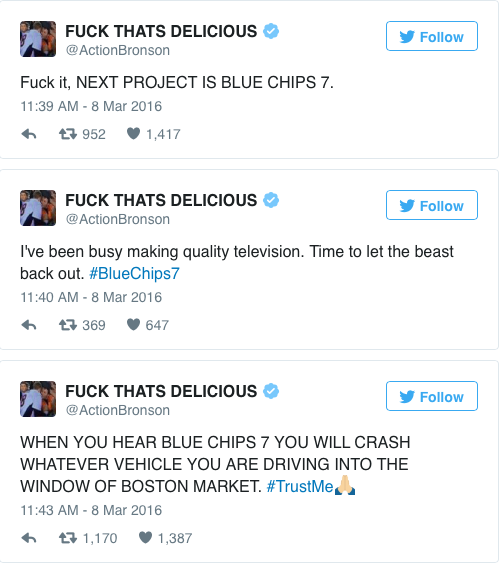