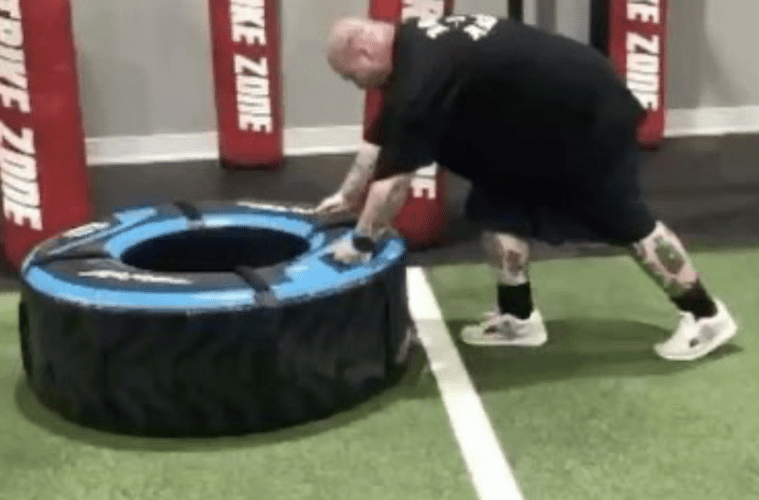 Action Bronson Has Lost Mad Weight + Shares Workout Secrets: “Get The F**k Up + Flip A Tire Back and Forth and Do Some Pushups”

New York rapper Action Bronson looks like he’d rather spend time in the gym than the beach right now. The hip-hop veteran has continued to give fans sneak peeks into his massive weight loss and workout goals.

On Saturday, the Queens native went to his reliable Instagram page and delivered some super inspirational gym grind content. In the footage, he’s shown working out with a massive tire and turning up to his newly released “Latin Grammys” single.

On Thursday, AB went to his Instagram with a shirtless clip of himself letting fans know he’s back-back and slimmer than ever. He also plugged his first piece of new music in months.