90 POUNDS DOWN. STRENGTH DEVELOPING NICELY. YOU HAVE THE POWER TO MAKE ANY CHANGES YOU WANT IN YOUR LIFE. TAKE CONTROL. 🎬 @davepfit

New York rapper Action Bronson‘s workout goals are fully activated. The hip-hop artist went to his social media pages this week with a highlight clip of his latest gym grind.

On Tuesday, Bronson hit up Instagram with a few looks at his workout routine. He also let fans know he’s lost nearly 100 pounds with summer in full swing.

“90 POUNDS DOWN. STRENGTH DEVELOPING NICELY. YOU HAVE THE POWER TO MAKE ANY CHANGES YOU WANT IN YOUR LIFE. TAKE CONTROL. 🎬 @davepfit” -Action Bronson’s Instagram

Last Saturday, the Queens native went to his reliable Instagram page and delivered some super inspirational gym grind content. In the footage, he’s shown working out with a massive tire and turning up to his newly released “Latin Grammys” single.

Last Thursday, AB went to his Instagram with a shirtless clip of himself letting fans know he’s back-back and slimmer than ever. He also plugged his first piece of new music in months.

Comments Off on Action Bronson Goes Into Beast Mode W/ His Latest Workout Goals: “90 Pounds Down” 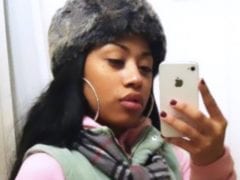