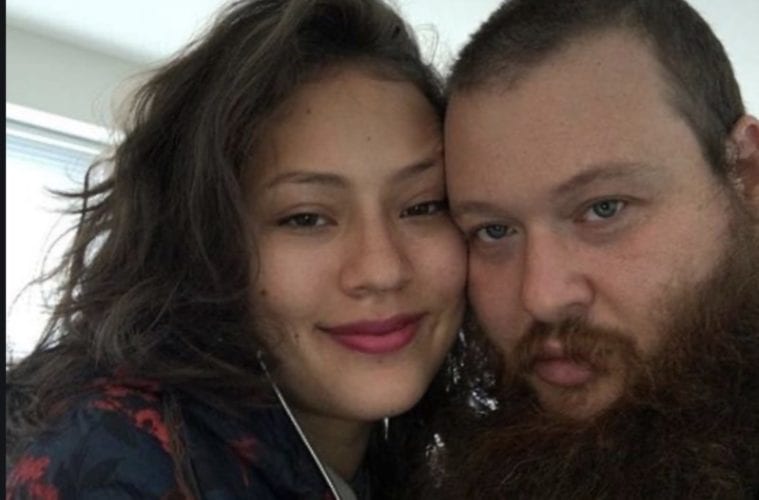 New York rapper Action Bronson is gearing up for some major daddy duties. The hip-hop artist has announced he’s expecting a baby with his girlfriend.

AB went to Instagram Monday to deliver the huge news to fans.

Over the summer, Bronsolini shared a head-scratching but awesome shot of himself bloodied up alongside Hollywood director Judd Apatow.

Last December, AB hit up IG with a priceless shot to celebrate his 35th birthday.

In fall 2018, Bronson talked about his split from longtime record label and entertainment company Viceland.

“They could use that energy and use it to promote the show that’s on their channel. My show. They could promote the music I just put out being that we worked together for six f*cking years. It just irked me. It was an underlying thing. It wasn’t just that. It was all types of things behind the scenes that have been upsetting me for years. At this moment, I’m just ready for a new endeavor. A new chapter. It’s been beautiful. They gave me opportunities to do things that other companies wouldn’t have allowed. I did what I wanted. I made shows out of nothing and they ended up being incredible – it’s just living life – [my show] ‘F*ck That’s Delicious’ I love that show. Let’s hope it happens again. Let’s hope we go to Brazil. Argentina – I’m trying to go to the craziest places possible if we do another season. We’re not going to f*cking Brooklyn. We’re not going to eat Jamaican food in South Jamaica. It’s a wrap. I’m not going to look back in the past and be upset about anything. I feel like it could have been nurtured a lot more on a lot of different parts. Sh*t happens and it is what it is.” (Hot 97)