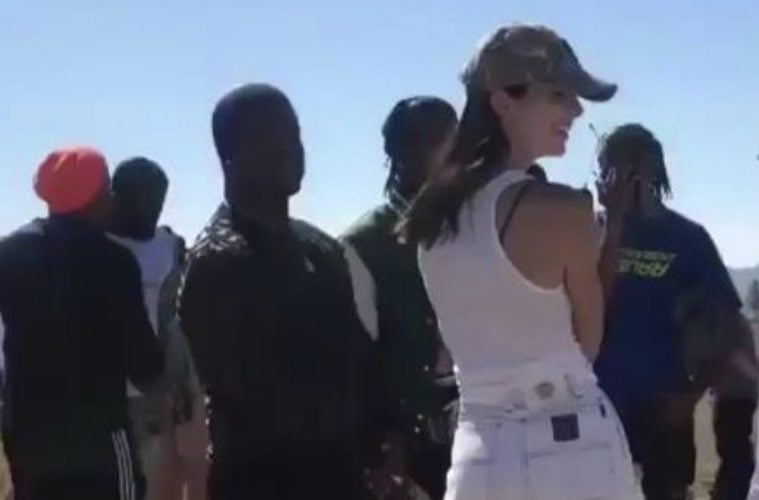 Sunday afternoon, footage emerged from Ye’s star-studded outing including Rocky hanging out alongside Ferg and Jenner.

An additional pic surfaced of Rocky chilling next to Kanye West.

According to reports, Rocky doesn’t intend on going back to Sweden once his publicized assault case wraps up later this month.

Sources also told TMZ that Rocky’s camp was confident he and his co-defendants will receive a not guilty verdict, as they were given the green light to go back home. If he’s ultimately let off the hook, he has no intentions of ever going back to the country, according to insiders. (Complex)

Despite awaiting a verdict later this month, Rocky is reportedly not required to show up in Sweden.

Testimony in the rapper’s trial concluded Friday with the judge announcing that a verdict and sentencing will be handed down on Aug. 14. His legal team said the rapper will not be required to return to Sweden for the verdict. The rapper touched down at Los Angeles International Airport just before midnight local time, emerging from the plane with a group of about a half dozen other people. He was greeted by hugs in a nearby parking lot as he got into a waiting vehicle. (ABC News)