A$AP Mob‘s A$AP Rocky and Kendall Jenner are still going steady but on the severe low-low. A photo has gone viral of the unconfirmed couple.

A new pic shows Rocky and Jenner together sipping from wine glasses. Speculation on Jenner/Rocky maintaining a strong bond developed a few weeks ago courtesy of a fashion statement.

Rubbing off on one another, there is bound to be plenty of sartorial crossover. That might explain why A$AP Rocky stepped out last night in Los Angeles with a splashy yellow fanny pack in tow. The ‘90s throwback accessory has lately become something of an essential for the lovers, with Jenner slinging dainty leather numbers around her waist for dates with her rapper beau. Rocky, meanwhile, likes to fasten Balenciaga’s carry-all across his shoulders for—what else?—a shopping trip. (Vogue) 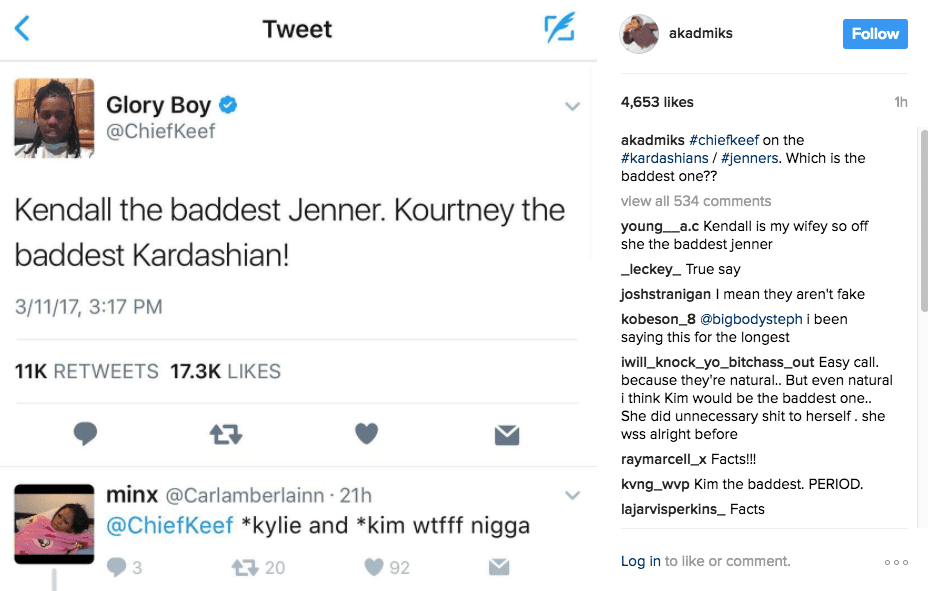