Rap veteran Juicy J might have officially moved on from Three 6 Mafia. The Memphis legend went to social media this week with a clip of himself making music alongside some familiar faces.

Heading into Monday, Juicy J asked followers to help him name a potential new rap group. In the video, he’s turning up in the studio next to Taylor Gang leader Wiz Khalifa and A$AP Mob‘s A$AP Rocky.

Juicy J is giving fans a reason to get excited about fall 2020. The hip-hop veteran went online last week to plug his upcoming Hustle Continues album and share the project’s full tracklisting. On Friday, the Juice Man went to his Instagram page with the big unveil. J revealed his latest studio album would come packed with 15 records and tons of guest features.

In celebration of his new album gearing up to drop, Juicy released his new Wiz Khalifa-featured “Gah D*mn High” single to the masses.

Last Monday, Juicy hit up his Twitter page to answer a Verzuz battle pitch from co-creator Timbaland. He responded by pitting himself against rap legend Nas in a potential face-off.

“Juicy j vs Nas,” Juicy said when asked about the next Verzuz battle by Timbaland. -Juicy J’s Twitter

In late June 2020, Juicy went to his social media pages to deliver a huge Verzuz pitch. J suggested he could go hit for hit with production icon Dr. Dre. 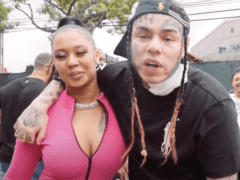 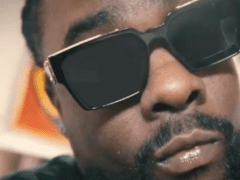