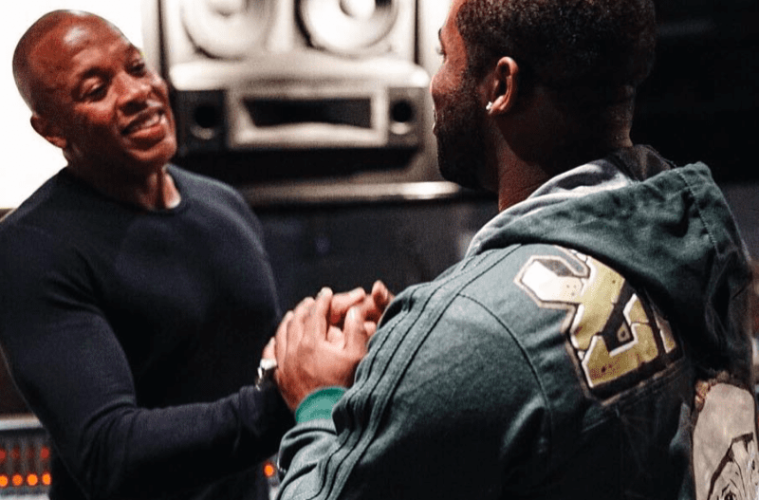 A$AP Ferg Pays Dr. Dre A Visit: “Legendary Moments That I Live For”

A$AP Mob‘s A$AP Ferg might have something cooking up with music greatness. This week, the New York native officially hooked up with rap icon Dr. Dre.

Ferg went to Instagram Friday (October 7) with shots of himself alongside the Doc.

Linked up with the Doc #legendary moments that I live for being in this game .

Thank you to Geno and Rich Harrison for making this moment a reality!!! I never fan out but this was the exception

“Yeah the album is dropping soon, we actually shot the album cover already and everything is getting edited and mixed up and everything. I don’t know exactly when it’s dropping, I don’t have a date, I’m the wrong person to ask… I presume it’s coming out soon ‘cos we shot the cover. This album is gonna be called… ‘The Cozy Tape'” (Triple J)

Ferg also revealed his intent to start piecing together a new solo effort.

“I’m working on a new album, that’s actually what I’m gonna be doing when I leave here, I’m going to LA. So, I got two more days in Australia and then I leave to LA and work on my album, I’ll be out there for about two weeks.” (Triple J)