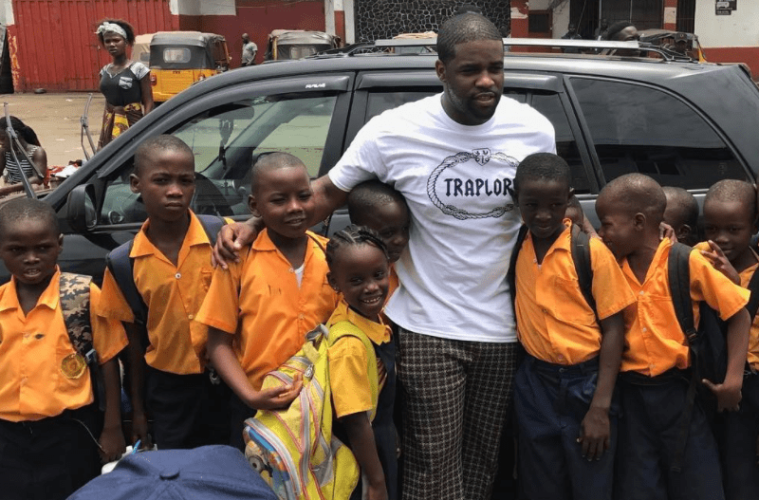 A$AP Mob‘s A$AP Ferg has stayed true to his word. The hip-hop artist has come through to Africa to deliver some apparel to the youth.

Last night, Ferg jumped on Instagram to show off a pic of himself in Liberia. 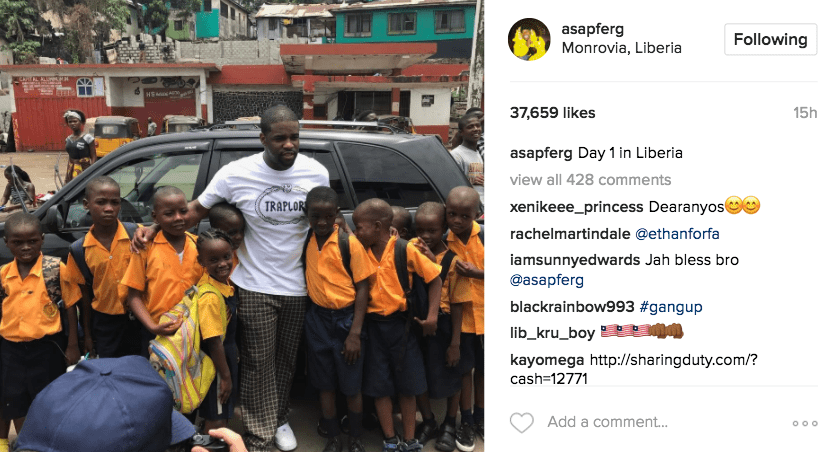 This week, Ferg announced his plans to travel overseas for 10 days to focus on the youth.

“Yo Liberia, I’m flying to Africa tomorrow. I’ll be out there. Look out for the kid. I’ll be live on Instagram, I’ll be on Twitter, hit me up. First time in Africa, it’s gonna be very, very interesting. I’m gonna be out there for 10 days putting uniforms on kids. You know what it is, Trap Lord x uniform. We up to major things. It’s about giving back. I’m blessed. I have been blessed with a very good career, I’m giving back now.”