Ferg jumped on Instagram Thursday (February 16) with pics from the unforgettable celebrity-filled outing. 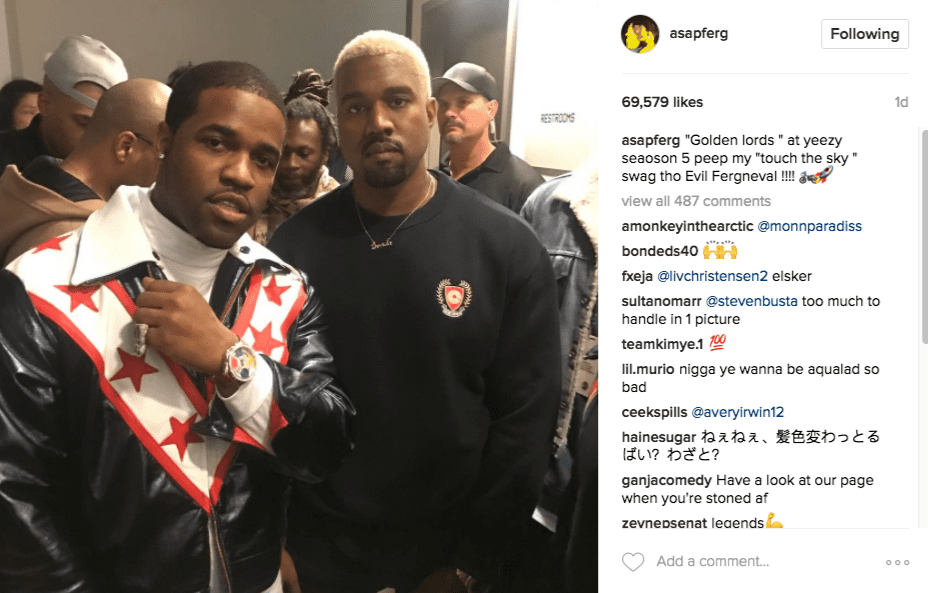 “There were two parts to it. One was a spinning stage that us models stood on, and then we were projected onto a screen so people could get a clear view of the outfits. We basically had to step onto a round stage that moved. Once we rotated around, a camera followed us and then we walked off. At the end, there was a quick runway. The show was really short. I think this was the shortest one we’ve ever had.” (Complex)

For those who wanted the close up 👀…congrats Ye ! #YeezySeason5

#YEEZYSEASON5 has started and is being live streamed by Kanye's friends on Instagram.

#YeezySeason5: Models were projected onto a screen showing the collection then walked the runway. Kanye did not come out afterwards. pic.twitter.com/rzCLc2FdTs

Inside the #yeezyseason5 show by @kanyewest for #Adidas models projected onto huge four-sided screen then walked pic.twitter.com/dcUID7eESA

For those who wanted the close up 👀….congrats Ye ! #YeezySeason5 https://t.co/sdrDnE648n