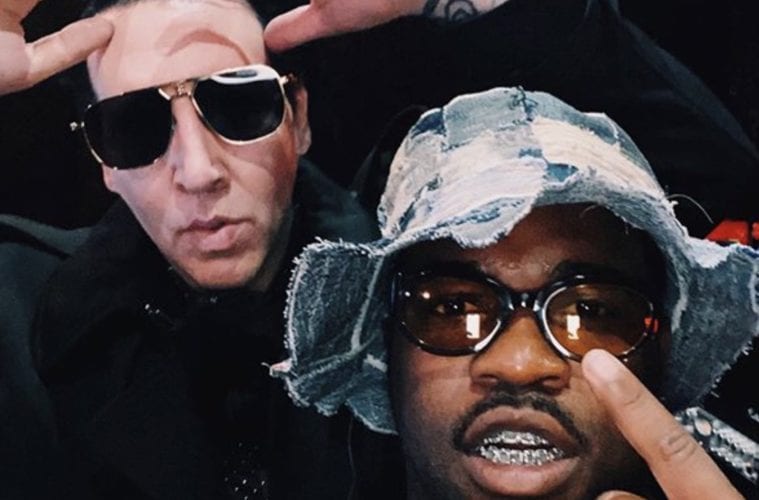 New York rapper A$AP Ferg is switching it up big time. This weekend, he took to social media to give fans clues on a potential collaboration that’s quite out of the norm and hip-hop sphere.

Heading into Sunday, Ferg went to his Instagram with a video of himself and heavy metal icon Marilyn Manson. In the clip, the pair are shown hitting the studio for a potentially epic song.

Hours prior, A$AP shared a look at a FaceTime call with rap legend Lil Wayne. Ferg posted a screenshot of their encounter to his IG as well.

A$AP Ferg is showing life is way bigger than apartments. The Harlem native gave fans an up-close tour of his New Jersey home in May 2020. showed off the art-filled house and put extra attention on a Flintstones-looking dining room table.

Today Architectural Digest is joined by A$AP Ferg for a tour of his peaceful yet aesthetically stimulating home. Although grateful to have travelled and experienced so much through his career, having a home suited to reflection and emotional recharge is essential to a performer. A$AP Ferg has filled the space with artwork that resonates with him at a deep level, including works by his brother and his own paintings – one of which he had converted into a massive handmade rug in Nepal. Join A$AP Ferg for a candid look at his home, his life, and what he thinks is most important during these turbulent times. (Architectural Digest)