A$AP Ferg Goes Back To The Future, Joins “Drought” Wave

A$AP Mob’s A$AP Ferg is staying busy this fall by hooking up with Atlanta rapper Future for an upcoming music video.

Future announced Ferg would direct his upcoming “Thought It Was A Drought” music video Wednesday (November 4). 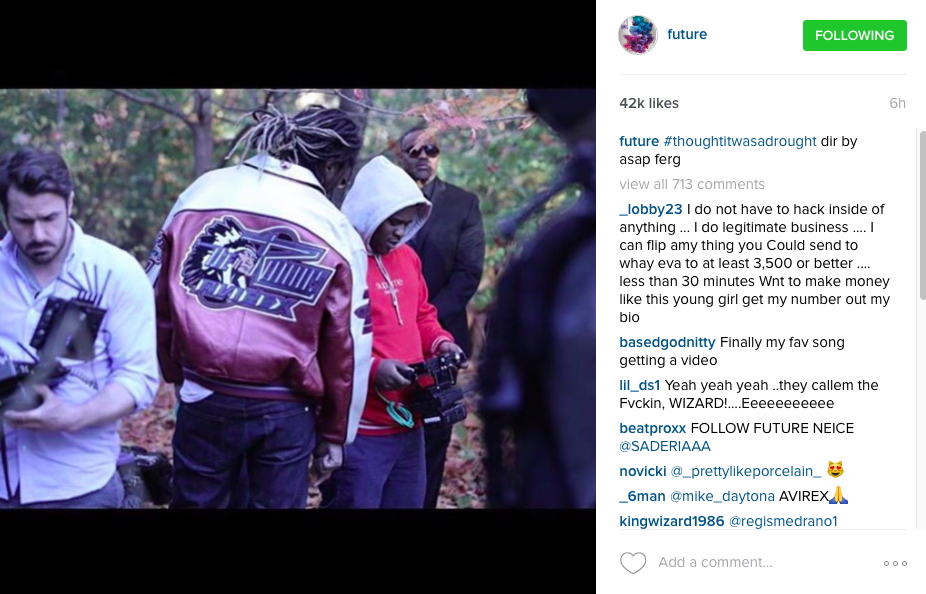 Ferg confirmed the big news on his own Instagram page Wednesday (November 4).

Fern announced his next solo album would arrive in 2016 last week.

Earlier this year, Ferg explained the holdup behind his sophomore studio release.

“Man, I’m a perfectionist. I’ve got a lot of songs done, but I don’t know if they’re all right yet. It’s gonna be out before the summer probably. Probably a couple months, couple weeks, I just really want to put it out, I don’t want to talk too much about it.” (HNHH)