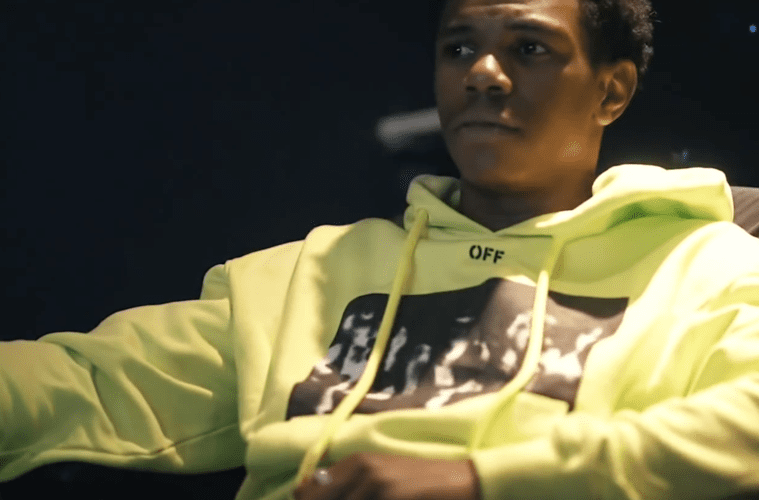 A Boogie Wit Da Hoodie Shares Disturbing Story About Run-In W/ Bad Cop: “I Got Pulled Over Illegally W/ My Daughter In The Car”

New York rapper A Boogie Wit Da Hoodie is letting fans know why the fight for equal rights and the end of racial discrimination is ongoing. The hip-hop entertainer went online this week to share a disturbing story about having a run-in with law enforcement.

Last night, A Boogie went to his Instagram Story to expose the cops. In addition to calling the stop illegal, he also explained how the run-in changed how his daughter views police.

“So yesterday in NJ I got pulled over illegally with my daughter in the car. Now she hates police and she’s only 3 but I had to tell her every cop isn’t bad. Not because it’s a fact, because I don’t want my child being scared every time she see’s a police officer. Some of them do their job but the bad cops make them all look like monsters! Illegal searches! From now on when you get pulled over, don’t record normally normally go on live for the world to see!” -A Boogie Wit Da Hoodie’s Instagram Story

Apple iPhone users now have the power to record police interactions. Recent buzz developed about a Siri feature activating a filming feature when getting approached by cops.

The add-on Apple Shortcut “I’m getting pulled over” has resurfaced online and in the news amid conversations in Michigan and across the world concerning police brutality following the death of George Floyd. The add-on was developed by Reddit user Robert Petersen during the 2018 release of iOS 12, which included a new “Shortcuts” app. The app, in general, is designed to streamline tasks and commands through Siri. (Detroit Free Press)

Recently, rap star 50 Cent shared footage of a cop pulling a gun on a Black man in his vehicle during a stop. The clip also showed the same police officer noticeably hiding his badge.

Former G-Unit member and 50’s ex-foe Game also recently shared an example of the difference between Black and white people’s interactions with cops. The Los Angeles native shared footage of how law enforcement did not use deadly force against a white man despite him escaping arrest and trying to steal a cop car.

“Jerry huh…. but if it was Jerome… You know what ?? Never mind, I’m just gone leave this here.” -Game’s Instagram