9th went to Instagram Friday (April 7) night with a vintage K. Dot Twitter message and sparked speculation about having something else cooking. 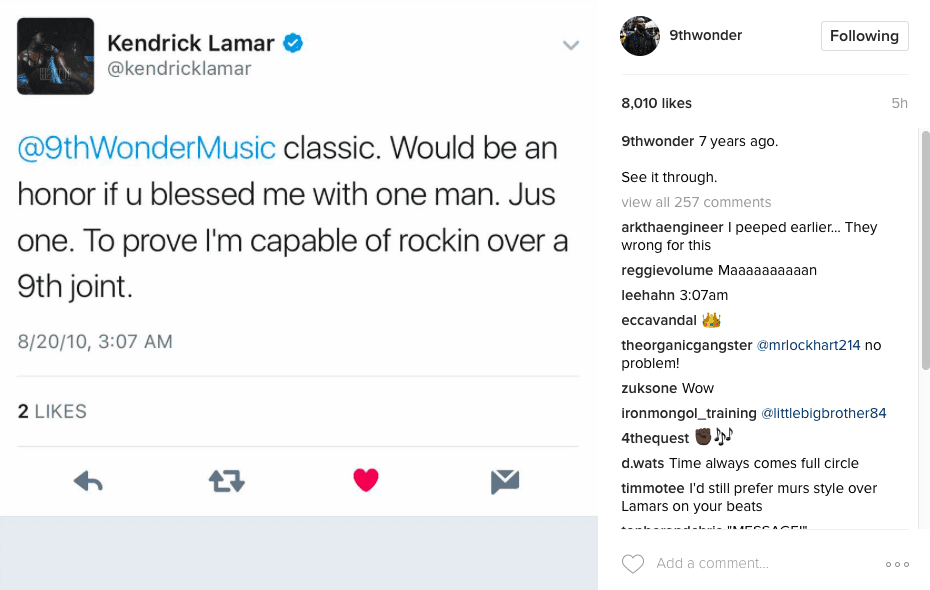 Lamar is expected to release a new mystery album next Friday, April 14. 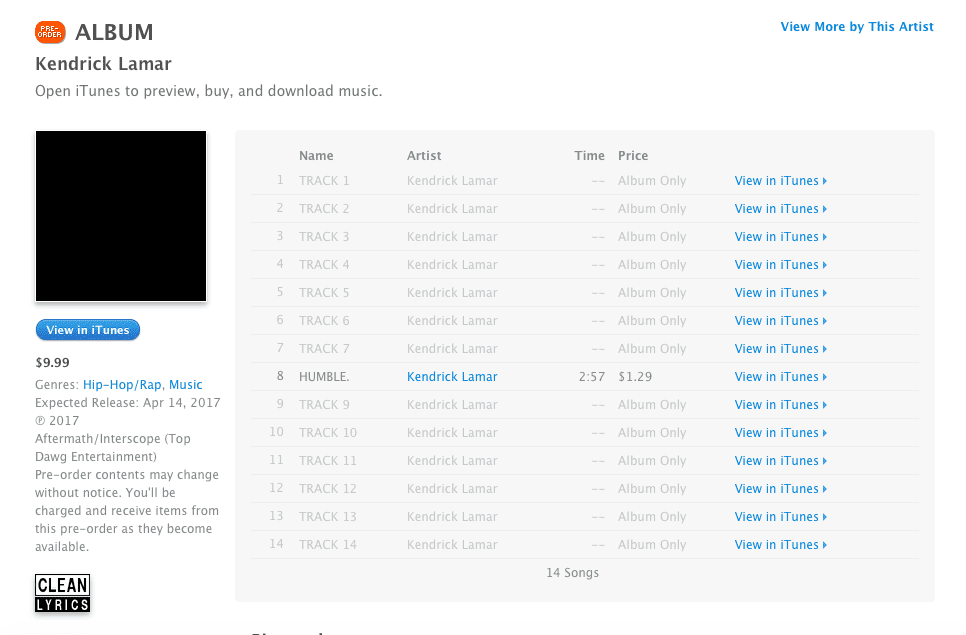 Despite the big reveal, little is still known about the project’s title, cover art and full tracklisting.

The full tracklist nor cover artwork have been revealed, but a look at the information provided with the iTunes preorder list U2, BADBADNOTGOOD, DJ Dahi, the Alchemist, 9th Wonder, and more as contributors on the new album. Last year, Kendrick released the collection untitled unmastered. (Pitchfork)

The song, less exploration of contrition on the part of Lamar than an instruction to his peers, picks up a thread NPR Music first examined following that album teaser: how the “best rapper alive” might explore the theme of God, religion and personal growth. (In the previous non-album single, “The Heart Part 4,” Lamar stuck to a similar narrative: “Tell ’em that God comin’.”) (NPR)