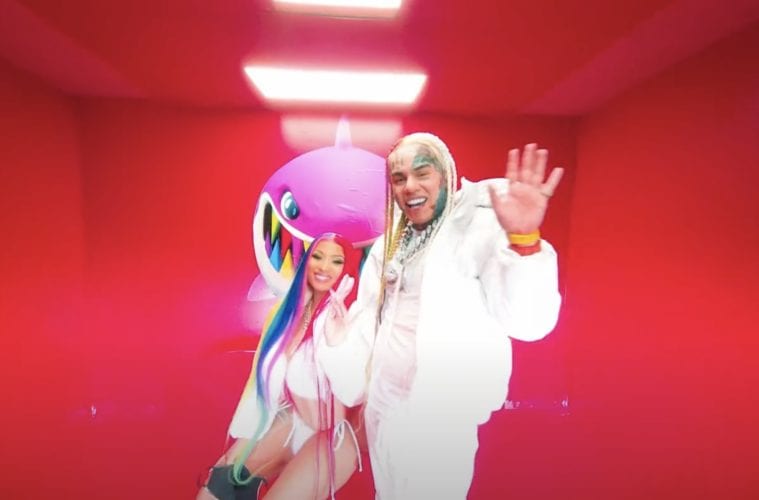 New York rapper Tekashi 6ix9ine is officially starting up his seven-day rant of popping off at his critics. The hip-hop heavyweight has come forward to rip apart deejay Tony Neal after recently saying he would never have a chart-topping Billboard Hot 100 record.

On Monday, Tekashi went to Instagram and didn’t hold back on roasting Neal. In addition to sharing footage of Tony saying he wouldn’t ever taste chart-topping success, 6ix9ine also dragged Hot 97’s Ebro Darden and radio host TT Torrez for restricting his success.

Over the past few hours, both Tekashi and his “Trollz” collaborator Nicki Minaj have celebrated their chart-topping success. 6ix9ine took things even further by vowing to go on a seven-day trolling spree.

Tekashi went to his Instagram page this past weekend to address his marketing tactics. Although he didn’t name-drop anyone in particular, 6ix9ine did defend using ad spots to promote his music.

Last Friday, Tekashi hit up Instagram to admit he’s going to fall back from his social media takeovers. After calling out streaming giants like Apple Music and Spotify for not listing his music on curated playlists, 6ix9ine said he’d be on an IG hiatus until the chart numbers come out.

“I’m staying off Instagram till the @billboard charts come back. We put up the best fight against all odds. Blackballed they call it. ITS FINE BECAUSE THE BARBZ AND TROLLZ ARE UNSTOPPABLE.” -Tekashi 6ix9ine’s Instagram