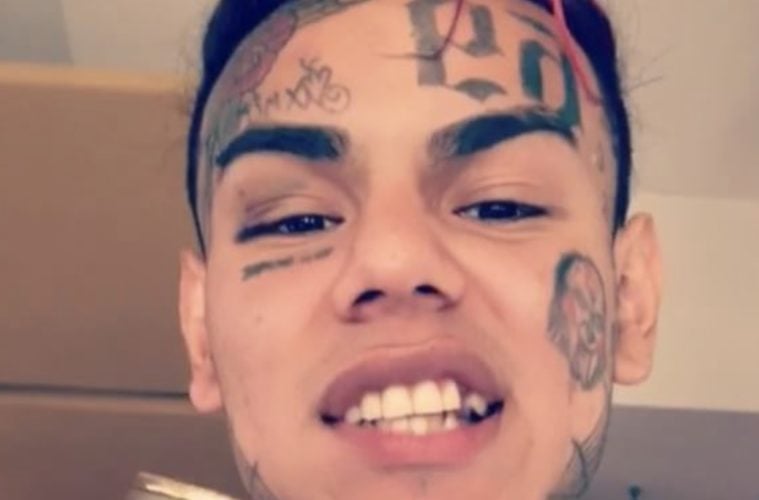 New York rapper Tekashi 6ix9ine is not receiving sympathy from one of his victims. Skyy Daniels has come forward to share her reaction to the hip-hop star landing years behind bars in a federal racketeering case.

Daniels – who found herself being mistakenly held at gunpoint by 6ix9ine’s affiliates – believes he deserves the two-year punishment.

Skyy detailed the pain and anguish she was put through as a result of Tekashi’s actions in her victim impact statement. While Tekashi wasn’t one of the guys who robbed her at gunpoint, he was in the car recording the whole ordeal … something Skyy considers equally as cruel and deserving of a harsher punishment. Not only did Tekashi and co. get the wrong people, but it sounds like they left Skyy screwed financially too … something she says Tekashi should pay for with more than just his time. (TMZ)

The incident took place back in April 2018 and resulted in Skyy fearing for her life.

In victim impact statements filed in Manhattan Federal Court and obtained by E! News, former publicist Skyy Daniels and her then-assistant, whose name is redacted in the documents, recount the events of April 3, 2018 and the lasting effects it continue to has on their lives more than a year later. “Once a thriving publicist, videographer, film editor, this violent event has set my life on the wrong course, and destroyed the normal adulthood that I was striving for,” the anonymous individual wrote in the statement. (E! Online)

According to reports, a judge handed 6ix9ine the sentence Wednesday morning and included five years probation.

While Hernandez has spent the past 13 months since his arrest in prison, Judge Paul A. Engelmayer ruled that the charges against him were too severe for that sentence to be considered time served. The 13 months time served will count as part of the new two-year sentence. In laying out the sentence, Judge Engelmayer recounted the various threats Hernandez made against other rappers. He also dismissed Hernandez’s claims that he was a passive participant in the Nine Trey Gangsta Bloods, saying instead that the rapper and gang benefited equally from the relationship. (Rolling Stone)