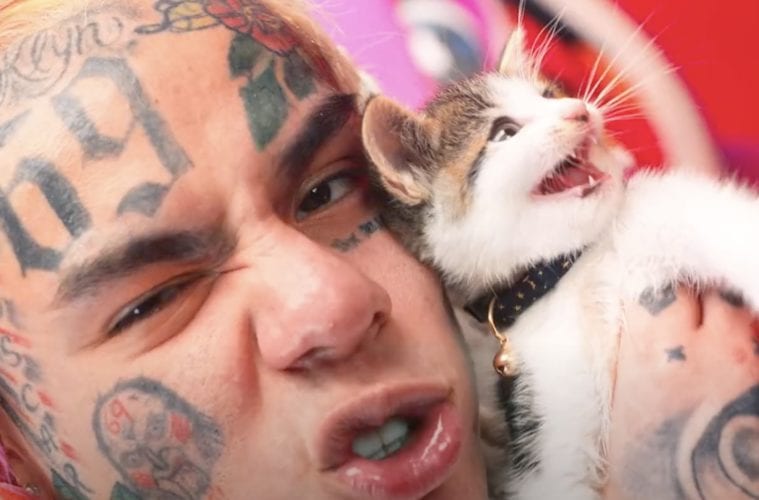 Tekashi 6ix9ine Says He’s Leaving Instagram After Putting Up Fight Of His Life: “We Went Against The Industry”

New York rapper Tekashi 6ix9ine can go to bed at night knowing he did all he could do. The hip-hop star has come forward to speak on the efforts made to try to have “Trollz” debut atop the Billboard Hot 100 chart.

On Friday, Tekashi hit up Instagram to admit he’s going to fall back from his social media takeovers. After calling out streaming giants like Apple Music and Spotify for not listing his music on curated playlists, 6ix9ine said he’d be on an IG hiatus until the chart numbers come out.

“I’m staying off Instagram till the @billboard charts come back. We put up the best fight against all odds. Blackballed they call it. ITS FINE BECAUSE THE BARBZ AND TROLLZ ARE UNSTOPPABLE.” -Tekashi 6ix9ine’s Instagram

This week, reality TV star Kim Kardashian hit up her Twitter page to react to a fancam of herself and husband Kanye West. In the clip, 6ix9ine and rap heavyweight Nicki Minaj‘s infectious “Trollz” tune plays in the background.

“Im a peasant compared to you and Ye :/” -Tekashia 6ix9ine’s Twitter

On Tuesday, Minaj hit up her social media pages to drop some major unreleased “Trollz” bars. Nicki admitted there are multiple alternate versions of her and rapper Tekashi 6ix9ine’s smash and shared one of her new verses.

“The official #Trollz verse was version 11. This was version 1. Verse changes and beat changes… but now u guys get a glimpse of where my verse begins vs. how it ends up once my creative process is complete. ♥️🌈🦄” -Nicki Minaj’s Twitter

On Monday, Nicki Minaj jumped on Twitter to promote a new “Trollz” lyrics video. The rap heavyweight shared some new artwork and provided a link to the clip.