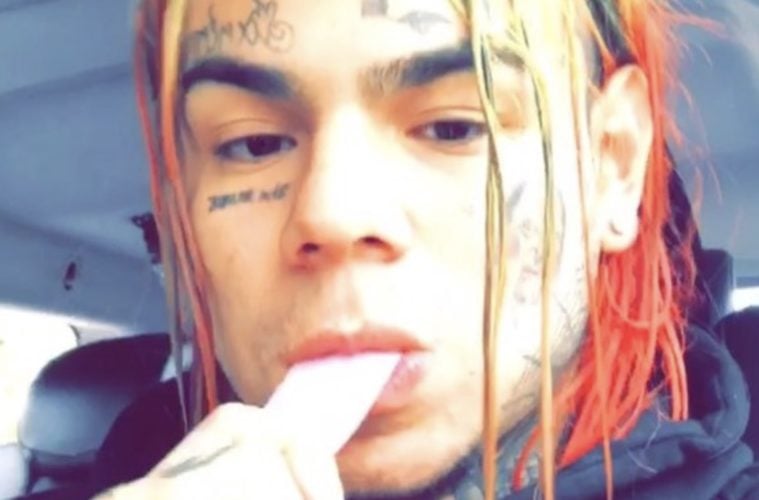 New York rapper Tekashi 6ix9ine is getting bad news across the board. The hip-hop newcomer is reportedly going to remain behind bars for another week.

According to reports, 6ix9ine isn’t going anywhere and will have his Dummy Boy album delayed.

#tekashi69 will be in jail for at least another week before the judge reconsiders letting him out on a bond.

#AkademiksExclusive: #tekashi69 album “DUMMY BOY” will not be released this Friday. The release of the album has been postponed until further notice. We will let you know when a new date is announced. Via @iamakademiks

Despite the legal nightmare, 6ix9ine’s attorney recently said he believed his client would have the federal charges dropped.

“I believe that the charges against him is an over-charge by the U.S. Attorney’s Office and that when the facts come out I am confident that the charges will be dismissed as it relates to Daniel Hernandez Tekashi 6ix9ine.” (XXL Mag)

[Tekashi 6ix9ine: 5 Things You (Probably) Didn’t Know About The Self-Proclaimed King Of NY]

Tek and his crew have a slew of federal charges pinned to them.

3:30 PM PT — According to the 17-page indictment, obtained by TMZ, Tekashi is facing 6 counts … the most serious of which is discharging a firearm while committing a crime. That count carries a possible life sentence, and a mandatory minimum of 25 years in prison. His ex-manager, Shottie, is facing the same 6 counts. Prosecutors say the acts of violence were intended to protect the gang’s drug biz, retaliate against rival gangs or promote Nine Trey’s rep on the streets. (TMZ)