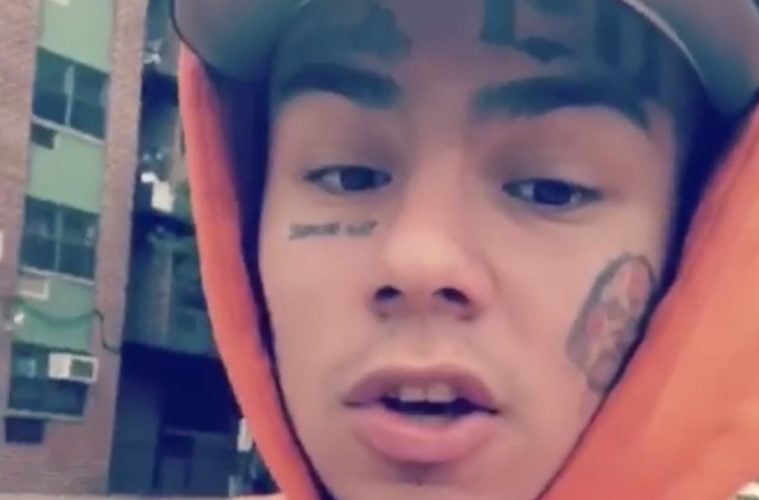 New York rapper Tekashi 6ix9ine is expected to pay stacks on security when he gets released from prison. The hip-hop star is reportedly planning to keep bodyguards around him on an hourly basis.

According to reports, 6ix9ine will reportedly drop around $1 million for yearly protection.

An attempt at continuing his music career is risky, due to potential threats on his life after testifying against gang members, and TMZ’s sources suggest the rapper will employ around-the-clock security to protect himself. Complex spoke with several security companies about 6ix9ine’s case, and they all said 24/7 surveillance for a rapper like him is possible, but this particular situation is “unprecedented,” expensive, and risky. (Complex)

In mid-October, West Coast rapper Game shared his disgust in 6ix9ine allegedly getting a deal from behind bars after testifying against his former affiliates in a drug trafficking case.

Earlier this month, rap artists Talib Kweli and Snoop Dogg weighed-in on reports claiming 6ix9ine secured a record deal despite being behind bars.