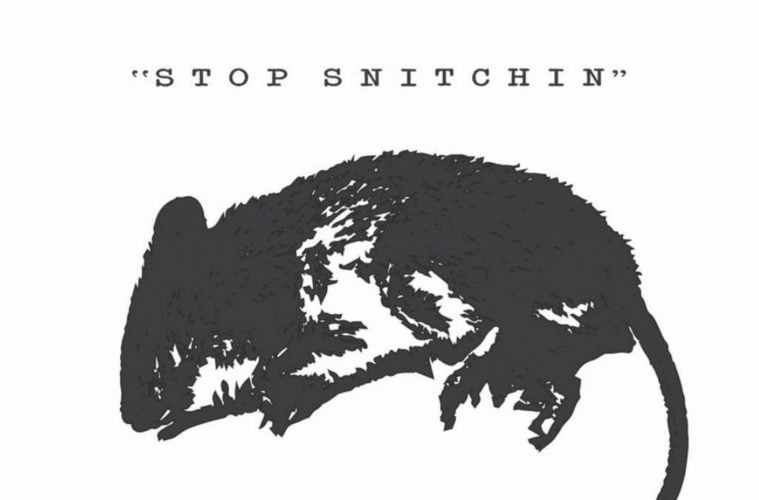 On Tuesday, YG hit up Instagram to tease a record called “Stop Snitchin” premiering at 9 PM PT/12 AM ET.

Earlier this month, a screenshot had gone viral of YG calling jailed rapper Tekashi 6ix9ine a snitch during his Coachella music festival set.

Days prior, reports emerged about 6ix9ine possibly banking on major legal deals going down with his past and present affiliates to get out of jail before 2020.

Tekashi and his former manager, Shotti, have already pled guilty in their federal racketeering cases. However, there are still several other defendants tied to the case who are scheduled to go to trial this September. The hope for Tekashi and his attorneys is that all of the others also take deals — given the overwhelming evidence against them — so there would be no need for a trial at all. (TMZ)

To sweeten the situation, Tek’s lawyer believes his time served could ultimately help him get a free pass out of jail.

Here’s why that could be huge. Tekashi’s attorney, Dawn Florio, tells us if the other men strike plea deals and the trial is called off … they’ll ask a judge to grant 6ix9ine time served — he’s been locked up since November. If the judge grants it, he’d walk free because he’s fulfilled his obligations under his cooperation agreement with authorities. (TMZ)

Recently, New York rapper Fat Joe admitted he could not associate with Tek again after he decided to work with prosecutors in his publicized federal racketeering case.

“I thought he was a nice guy and now he can’t be my friend, he can’t come around me ever again. Those are rules. He crossed that line, you know? I don’t even understand when they’re in the club and they play your song. I’m keeping it a buck. Once you cross, I pray for people who cross that line—when they talk to the police and they snitch, I pray for them. I’m like, ‘Yo, that’s cool. We can’t be cool. You over there. I don’t know where you going. Please stay away from me.’ … I think the new fans don’t care. Youth don’t care. Obviously they don’t care, they’re playing his music in the club. Me? I can’t. I’ll die before you see me in a picture with Tekashi 6ix9ine.” (“The Angie Martinez Show”)