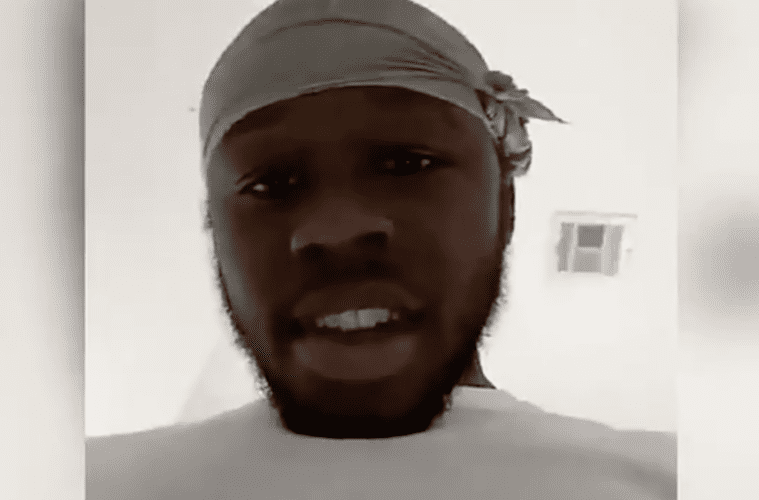 50 Cent’s Son Marquise Calls Him Out For Picking ‘Rat’ Tekashi 6ix9ine Over Him: “Stoopid!”

50 Cent’s son Marquise went to social media to keep things 100. Jackson said he didn’t feel bad about getting overlooked and trolled 50 about putting his loyalty in someone who worked with federal prosecutors.

“I just woke up, I had a long day on the ‘gram yesterday. I ain’t get the chance to hop into the most gangsterous live ever. But everybody tagged me and here it go here, let’s see what he said. Did he just say he would claim a rat? Ah nah! I don’t want no parts of that cheese y’all eating over there. I don’t know what y’all got going on. That’s some other sh*t! Stoopid!” (Marquise Jackson’s Instagram Live)

Initially, 50 shocked social media by showing big love to 6ix9ine. Fif admitted he would ride out with Tekashi over Marquise.

“‘You see your son yet?’ Nah, I ain’t heard from 6ix9ine,” Fif said in response to someone in his Instagram Live. “He’s his mother’s child now, he told on everybody. He better than Marquise though. I’ll take him before I take my actual [son].” (50 Cent’s Instagram Live)

This week, Tek returned to his Instagram to deliver some epic trolling in the same way 50 Cent does. The rap artist joked about his now-infamous cooperation with law enforcement in a publicized federal drug racketeering case.

“Why everybody callin me a snitch? I’m missin something…?” -Tekashi 6ix9ine’s Instagram

Beyond 50 Cent’s comments, according to reports, 6ix9ine received the green light to get out of prison early. Last week, a judge approved his request to finish out his final months behind bars in a racketeering case at home because of the current coronavirus epidemic.